1When David was told, “Look, the Philistines are fighting against Keilah and are looting the threshing floors,” 2he inquired of The LORD, saying, “Shall I go and attack these Philistines?”

“Go, attack the Philistines and save


3But David’s men said to him, “Here in Judah we are afraid. How much more, then, if we go to Keilah against the Philistine forces!”

4Once again David inquired of The LORD,


and The LORD Answered him,

“Go down to Keilah, for I AM Going To

Give the Philistines into your hand.”


5So David and his men went to Keilah, fought the Philistines and carried off their livestock. He inflicted heavy losses on the Philistines and saved the people of Keilah. 6(Now Abiathar son of Ahimelek had brought the ephod down with him when he fled to David at Keilah.)

7Saul was told that David had gone to Keilah, and he said, “GOD Has Delivered him into my hands, for David has imprisoned himself by entering a town with gates and bars.” 8And Saul called up all his forces for battle, to go down to Keilah to besiege David and his men.

And The LORD Said,

12Again David asked, “Will the citizens of Keilah surrender me and my men to Saul?”


And The LORD Said,


13So David and his men, about six hundred in number, left Keilah and kept moving from place to place. When Saul was told that David had escaped from Keilah, he did not go there.

14David stayed in the wilderness strongholds and in the hills of the Desert of Ziph. Day after day Saul searched for him,

But GOD Did Not Give David into his hands. 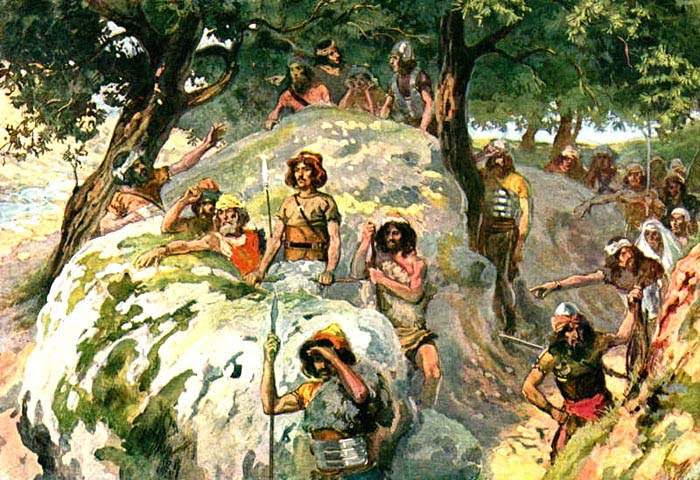 15While David was at Horesh in the Desert of Ziph, he learned that Saul had come out to take his life.

16And Saul’s son Jonathan went to David at Horesh and helped him find strength In GOD. 17“Don’t be afraid,” he said. “My father Saul will not lay a hand on you. You will be king over Israel, and I will be second to you. Even my father Saul knows this.” 18The two of them made a covenant Before The LORD. Then Jonathan went home, but David remained at Horesh.

19The Ziphites went up to Saul at Gibeah and said, “Is not David hiding among us in the strongholds at Horesh, on the hill of Hakilah, south of Jeshimon? 20Now, Your Majesty, come down whenever it pleases you to do so, and we will be responsible for giving him into your hands.”


21Saul replied, “The LORD Bless you for your concern for me. 22Go and get more information. Find out where David usually goes and who has seen him there. They tell me he is very crafty. 23Find out about all the hiding places he uses and come back to me with definite information. Then I will go with you; if he is in the area, I will track him down among all the clans of Judah.” 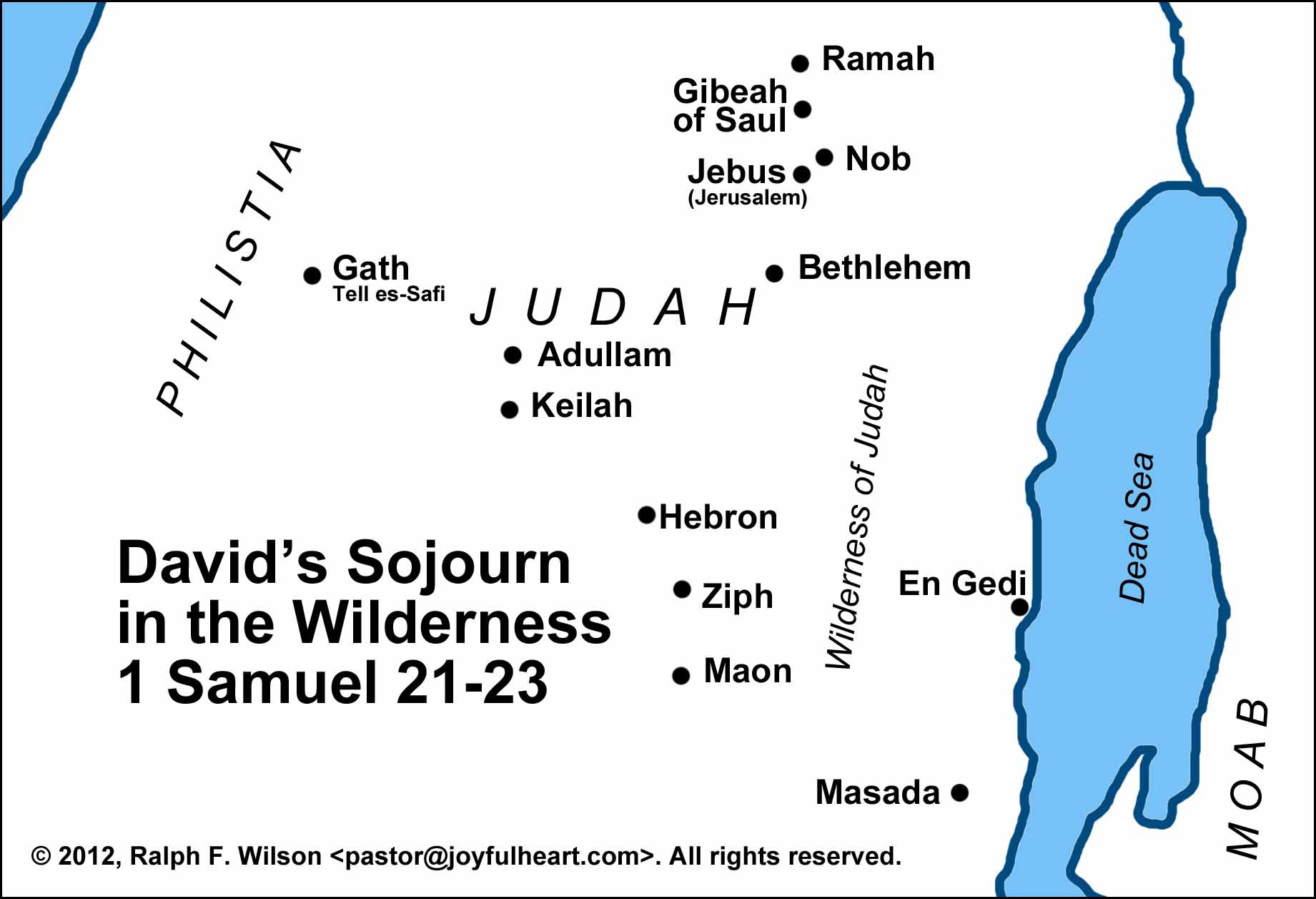 26Saul was going along one side of the mountain, and David and his men were on the other side, hurrying to get away from Saul. As Saul and his forces were closing in on David and his men to capture them, 27a messenger came to Saul, saying, “Come quickly! The Philistines are raiding the land.” 28Then Saul broke off his pursuit of David and went to meet the Philistines. That is why they call this place Sela Hammahlekoth.29 And David went up from there and lived in the strongholds of En Gedi.


Most probably through Gad (2 Samuel 24:11; 1 Chronicles 21:9), who was present in David's camp (1 Samuel 22:5), probably by the recommendation of Samuel. To repel unprovoked assaults on unoffending people who were engaged in their harvest operations, was a humane and benevolent service. But it was doubtful how far it was David's duty to go against a public enemy without the royal commission; and on that account he asked, and obtained, the Divine Counsel.

A demur on the part of his men led David to renew the consultation for their satisfaction; after which, being fully assured of his duty, he encountered the aggressors and, by a signal victory, delivered the people of Keilah from further oppression.

Jonathan went to David into the wood, and strengthened his hand in GOD - by the recollection of their mutual covenant. What a victory over natural feelings and lower considerations must the faith of Jonathan have won, before he could seek such an interview and give utterance to such sentiments!

To talk with calm and assured confidence of himself and family being superseded by the man who was his friend by the bonds of a holy and solemn covenant, could only have been done by one who, superior to all views of worldly policy, looked at the course of things in The SPIRIT and through the principles of that theocracy which acknowledged GOD As The ONLY and SUPREME SOVEREIGN of Israel.


Neither history nor fiction depicts the movements of a friendship purer, nobler, and more self-denying than Jonathan's!