I Will Be HIS FATHER, and HE Will Be MY SON - It's JESUS Not Solomon

1After the king was settled in his palace and The LORD Had Given him rest from all his enemies around him, 2he said to Nathan the prophet,

“Here I am, living in a house of cedar, while The Ark of GOD remains in a tent.”

3Nathan replied to the king, “Whatever you have in mind, go ahead and do it, For The LORD Is With you.”

4But that night The WORD of The LORD came to

5 “Go and tell MY servant David,

6I Have Not Dwelt in a house from the day I Brought the Israelites Up out of Egypt to this day. I Have Been Moving from place to place with a tent as MY Dwelling. 7Wherever I Have Moved with all the Israelites, Did I Ever Say to any of their rulers whom I Commanded to shepherd MY people Israel, “Why Have you Not Built ME a house of cedar?” ’

8“Now then, tell MY servant David,


‘This Is What The LORD ALMIGHTY Says:

I Took you from the pasture, from tending the flock, and Appointed you ruler over MY people Israel. 9I Have Been with you wherever you have gone, and I Have Cut off all your enemies from before you. Now I Will Make your name great, like the names of the greatest men on earth. 10And I Will Provide a place for MY people Israel and Will Plant them so that they can have a home of their own and no longer be disturbed. Wicked people will not oppress them anymore, as they did at the beginning 11and have done ever since the time I Appointed leaders over MY people Israel. I Will Also Give you rest from all your enemies.

“ ‘The LORD Declares to you that The LORD

HIMSELF Will Establish a house for you:

12When your days are over and you rest with your ancestors, I Will Raise Up your offspring to succeed you, your own flesh and blood, and I Will Establish his kingdom. 13He is the one who will build a house for MY Name, and I Will Establish the Throne of HIS Kingdom forever. 14 I Will Be HIS FATHER, and HE Will Be MY SON.

When he does wrong, I Will Punish him with a rod wielded by men, with floggings inflicted by human hands.15But MY Love Will Never Be Taken Away from him, as I Took It Away from Saul, whom I Removed from before you. 16 Your house and your kingdom will endure forever Before ME ; your throne will be established forever.’ ” 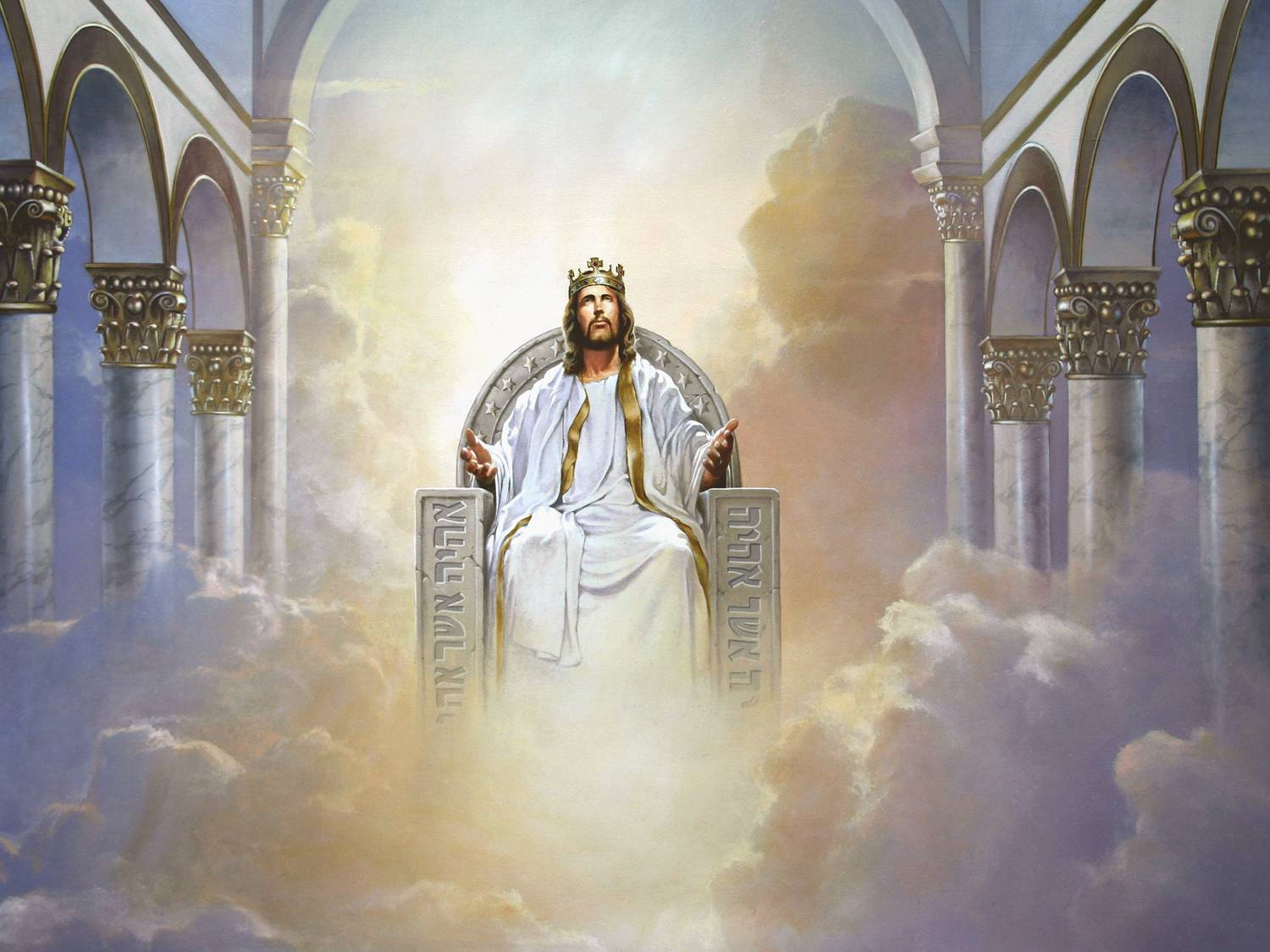 17 Nathan reported to David all the WORDS of this entire revelation.


18Then King David went in and sat Before The LORD, and he said:

20“What more can David say to you? For you know YOUR servant, SOVEREIGN LORD. 21For the sake of YOUR WORD and according to YOUR Will, YOU Have Done this great thing and made it known to YOUR servant.

22“How Great YOU Are, SOVEREIGN LORD! There is no one like YOU, and there is no GOD but YOU, as we have heard with our own ears. 23And who is like YOUR people Israel—the one nation on earth that GOD Went Out To Redeem as a people for HIMSELF, and to Make a Name For HIMSELF, and To Perform great and awesome wonders by Driving Out nations and their gods from before YOUR people, whom YOU Redeemed from Egypt? 24YOU Have Established YOUR people Israel as YOUR Very Own forever, and YOU, LORD, Have Become their GOD.

25“And now, LORD GOD, Keep forever the promise YOU Have Made concerning YOUR servant and his house. Do As YOU Promised, 26so that YOUR Name Will Be Great Forever. Then people will say, ‘The LORD ALMIGHTY Is GOD over Israel!’ And the house of YOUR servant David will be established in YOUR Sight.


7:1-3 Nathan Approves the Purpose of David to Build GOD A House


The piety of the design commended it to the prophet's mind, and he gave his hasty approval and encouragement to the royal plans. The prophets, when following the impulse of their own feelings, or forming conjectural opinions, fell into frequent mistakes.

7:4-17 But GOD Appoints his successor to build It

HE shall build an house for MY Name, and I Will

Establish the Throne of HIS Kingdom forever -

This declaration referred, in its primary application, to Solomon, and to the temporal kingdom of David's family. But in a larger and sublime sense, it was meant of David's SON of another Nature, JESUS CHRIST (Hebrews 1:8).

Then went king David in, and sat Before The LORD - Sitting was an attitude for worship (Exodus 17:12; 1Samuel 4:13; 1Kings 19:4). As to the particular attitude David sat, most probably, upon his heels. It was the posture of the ancient Egyptians before the shrines; it is the posture of deepest respect before a superior in the East. Persons of highest dignity sit thus when they do sit in the presence of kings and it is the only sitting attitude assumed by the modern Muslims in their places and rites of devotion.