JEHOVAH Grants Our Request In HIS SON JESUS' Name

Other Clans of Judah

1The descendants of Judah:
Perez, Hezron, Karmi, Hur and Shobal.

2Reaiah son of Shobal was the father of Jahath, and Jahath the father of Ahumai and Lahad. These were the clans of the Zorathites.

3These were the sonsa of Etam:

Jezreel, Ishma and Idbash. Their sister was named Hazzelelponi. 4Penuel was the father of Gedor, and Ezer the father of Hushah.
These were the descendants of Hur, the firstborn of Ephrathah and fatherb of Bethlehem.

5Ashhur the father of Tekoa had two wives, Helah and Naarah.

7The sons of Helah:

Zereth, Zohar, Ethnan, 8and Koz, who was the father of Anub and Hazzobebah and of the clans of Aharhel son of Harum.

9 Jabez was more honorable than his brothers. His mother had named him Jabez,c saying, “I gave birth to him in pain.”


10Jabez cried out to The GOD of Israel,

“Oh, that YOU Would Bless me and Enlarge my territory! Let YOUR Hand Be With me, and Keep me from harm so that I will be free from pain.”

And GOD Granted his request. 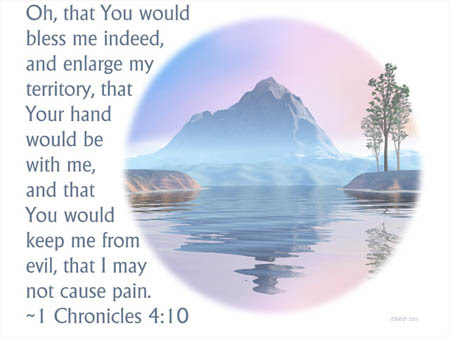 13The sons of Kenaz:
Othniel and Seraiah.

The sons of Othniel:
Hathath and Meonothai.e 14Meonothai was the father of Ophrah.

Seraiah was the father of Joab,
the father of Ge Harashim.f It was called this because its people were skilled workers.

15The sons of Caleb son of Jephunneh:
Iru, Elah and Naam.

The son of Elah:
Kenaz.

19The sons of Hodiah’s wife, the sister of Naham:
the father of Keilah the Garmite, and Eshtemoa the Maakathite.

20The sons of Shimon:
Amnon, Rinnah, Ben-Hanan and Tilon.

21The sons of Shelah son of Judah:
Er the father of Lekah, Laadah the father of Mareshah and the clans of the linen workers at Beth Ashbea, 22Jokim, the men of Kozeba, and Joash and Saraph, who ruled in Moab and Jashubi Lehem. (These records are from ancient times.) 23They were the potters who lived at Netaim and Gederah; they stayed there and worked for the king.

24The descendants of Simeon:
Nemuel, Jamin, Jarib, Zerah and Shaul;
25Shallum was Shaul’s son, Mibsam his son and Mishma his son.

26The descendants of Mishma:
Hammuel his son, Zakkur his son and Shimei his son.

27Shimei had sixteen sons and six daughters, but his brothers did not have many children; so their entire clan did not become as numerous as the people of Judah. 28They lived in Beersheba, Moladah, Hazar Shual,29Bilhah, Ezem, Tolad, 30Bethuel, Hormah, Ziklag, 31Beth Markaboth, Hazar Susim, Beth Biri and Shaaraim. These were their towns until the reign of David. 32Their surrounding villages were Etam, Ain, Rimmon, Token and Ashan—five towns— 33and all the villages around these towns as far as Baalath.g These were their settlements. And they kept a genealogical record.

38The men listed above by name were leaders of their clans. Their families increased greatly, 39and they went to the outskirts of Gedor to the east of the valley in search of pasture for their flocks. 40They found rich, good pasture, and the land was spacious, peaceful and quiet. Some Hamites had lived there formerly.

41The men whose names were listed came in the days of Hezekiah king of Judah. They attacked the Hamites in their dwellings and also the Meunites who were there and completely destroyedh them, as is evident to this day. Then they settled in their place, because there was pasture for their flocks. 42And five hundred of these Simeonites, led by Pelatiah, Neariah, Rephaiah and Uzziel, the sons of Ishi, invaded the hill country of Seir. 43They killed the remaining Amalekites who had escaped, and they have lived there to this day.

Lesson from the Prayer of Jabez

“Oh, that YOU Would Bless me and Enlarge my territory! Let YOUR Hand Be With me, and Keep me from harm so that I will be free from pain.”

The very situation of this text is worth remarking. It stands in the very middle of genealogies. Why those names are so particularly put on record, or why nothing more besides the name, is not very easy to discover. Perhaps it was to let us see that multitudes of persons live upon the earth of whom, when you have told the name, you have told all that is worth mentioning. Great men they might be in their generations, men of renown in an earthly point of view, and yet, in the Sight of GOD, insignificant and worthless.

But, however this may be, here is one person, at least, whom The WORD of GOD Is Not Content With barely mentioning. It is said of him that he was "more honorable than his brethren." In whatever other points he was so, in this especially, that, whereas The HOLY SPIRIT barely Runs Over the names of others, and Tells us nothing else of them, when HE Comes To Jabez HE Stops short. Something HE Relates concerning Jabez which HE evidently Holds Forth to our praise and imitation.

What is the fact in the history of Jabez which The HOLY SPIRIT Has Thought worthy of record? Is it any battle that he fought, or any exploit he performed? is it any proof he gave of earthly wisdom or of earthly policy? No; these are indeed the things which dazzle human eyes and which please the pens of human writers. But not so The Great GOD. The events HE Dwells on in the history of Jabez is one which many earthly penmen would have scorned to write of. HE Takes us to this good man's closet, and Tells us of a prayer he offered there. All amidst the multitude of things which are going on upon this earth, amidst the manifold events which man calls great, there is nothing in GOD'S Sight half so considerable as the prayer of a poor humble soul for mercy and acceptance.

The prayer of a Paul, of a Cornelius, of a Jabez — "What trifling matters," says the world, "are these!" But look into GOD'S Book and only see the notice which is taken of these prayers by HIM WHO Made us. Pray like Jabez. Pray, if not in his words, yet in his spirit, and you shall speed like him.

I. We are to consider the IMPORT of the prayer — the nature, I mean, of the petition it contains. There is no doubt but that it issued from the heart, and that it was offered up with holy fervency of spirit. "Jabez called upon The GOD of Israel," such is the expression used. Something more, you see, he did than merely say the words of prayer. He called or "cried" unto his GOD. He put his heart into his words, as one in deep and holy earnest. There is a holy vehemence, too, in the very form of his address. "Oh," says he, "that You would do this thing!" And this should be your way of praying. But to come to the language of the prayer.


II. The ANSWER which this prayer received. Answered it was, and answered to the full.

"JEHOVAH Granted him that which he requested"

not a part, you observe, but the whole. "That which he requested" — that is to say, all that he requested was bestowed upon him. Now do think over his request. It was a very large one. It comprehended much. He had not trespassed on the Divine bounty which says, "Ask, and you shall have." Let us, then, admire the bountifulness, the abundant mercy of the GOD WHOM Jabez called upon. Surely HE Is A GOD of Faithfulness and Truth and Love. When has any humble soul ever cried to HIM in vain? When Has HE ever Said to the praying "seed of Jacob, Seek ME in vain"? To you who are really "calling on The GOD of Israel" my text is surely a comfortable and refreshing one. It affords a pledge; it gives, as it were, a promise and assurance — that you will speed in your petitions.

The GOD of Jabez Is Unchanged, Unchangeable — "The Same yesterday, today, and forever."