The Moabite Stone Mentions The Name Of JEHOVAH

1Jorama son of Ahab became king of Israel in Samaria in the eighteenth year of Jehoshaphat king of Judah, and he reigned twelve years. 2He did evil in The Eyes of The LORD, but not as his father and mother had done. He got rid of the sacred stone of Baal that his father had made. 3Nevertheless he clung to the sins of Jeroboam son of Nebat, which he had caused Israel to commit; he did not turn away from them.

“I will go with you,” he replied. “I am as you are, my people as your people, my horses as your horses.”

8“By what route shall we attack?” he asked.

“Through the Desert of Edom,” he answered.

9So the king of Israel set out with the king of Judah and the king of Edom. After a roundabout march of seven days, the army had no more water for themselves or for the animals with them.

10“What!” exclaimed the king of Israel. “Has The LORD Called us three kings together only to deliver us into the hands of Moab?”

11But Jehoshaphat asked, “Is there no prophet of The LORD here, through whom we may inquire of The LORD?”

An officer of the king of Israel answered, “Elisha son of Shaphat is here. He used to pour water on the hands of Elijah.b ”

“No,” the king of Israel answered, “because It Was The LORD WHO Called us three kings together to Deliver us into the hands of Moab.”

14Elisha said, “As surely As The LORD ALMIGHTY Lives, WHOM I serve, if I did not have respect for the presence of Jehoshaphat king of Judah, I would not pay any attention to you. 15But now bring me a harpist.”

While the harpist was playing, The Hand of The LORD Came on Elisha

I Will Fill this valley with pools of water. 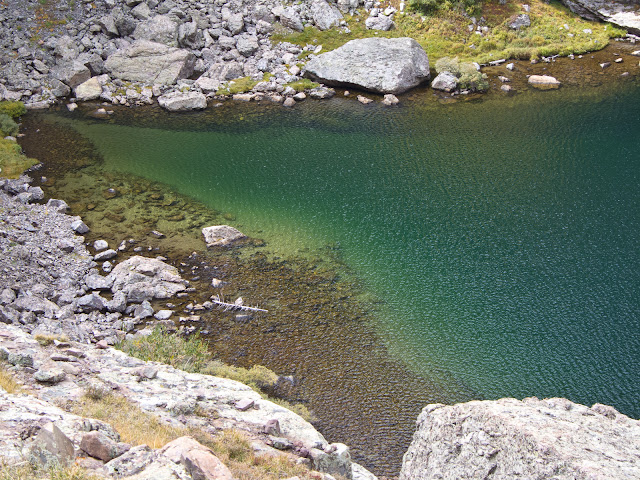 17For This Is What The LORD Says:


You will see neither wind nor rain, yet this valley will be filled with water, and you, your cattle and your other animals will drink. 18This is an easy thing in The Eyes of The LORD; HE Will also Deliver Moab into your hands. 19You will overthrow every fortified city and every major town. You will cut down every good tree, stop up all the springs, and ruin every good field with stones.”

20The next morning, about the time for offering the sacrifice, there it was—water flowing from the direction of Edom! And the land was filled with water.

21Now all the Moabites had heard that the kings had come to fight against them; so every man, young and old, who could bear arms was called up and stationed on the border. 22When they got up early in the morning, the sun was shining on the water. To the Moabites across the way, the water looked red—like blood.23“That’s blood!” they said. “Those kings must have fought and slaughtered each other. Now to the plunder, Moab!”

24But when the Moabites came to the camp of Israel, the Israelites rose up and fought them until they fled. And the Israelites invaded the land and slaughtered the Moabites. 25They destroyed the towns, and each man threw a stone on every good field until it was covered. They stopped up all the springs and cut down every good tree. Only Kir Hareseth was left with its stones in place, but men armed with slings surrounded it and attacked it.

26When the king of Moab saw that the battle had gone against him, he took with him seven hundred swordsmen to break through to the king of Edom, but they failed. 27Then he took his firstborn son, who was to succeed him as king, and offered him as a sacrifice on the city wall.

The fury against Israel was great; they withdrew and returned to their own land. 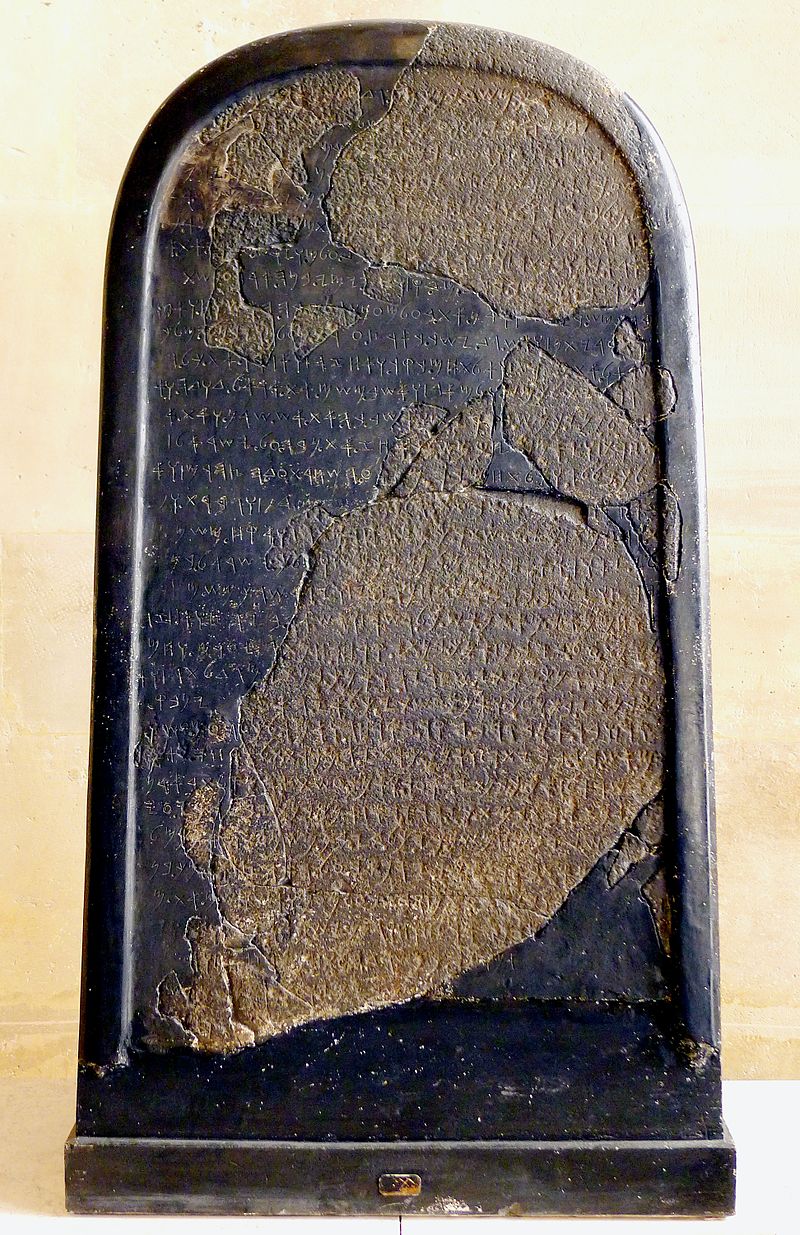 The Mesha Stele (also known as the "Moabite Stone") is a stele (inscribed stone) set up around 840 BCE by King Mesha of Moab (a kingdom located in modern Jordan). Mesha tells how Kemosh, the god of Moab, had been angry with his people and had allowed them to be subjugated to Israel, but at length Kemosh returned and assisted Mesha to throw off the yoke of Israel and restore the lands of Moab. Mesha then describes his many building projects.

The stone was discovered intact by an Anglican missionary, at the site of ancient Dibon (now Dhiban, Jordan), in August 1868, having been led to it by a local bedouin. Before it could be seen by another westerner, the next year it was smashed by local villagers during a dispute over its ownership. A "squeeze" had been obtained by a local Arab and fragments containing most of the inscription (613 letters out of about a thousand) were later recovered and pieced together. The squeeze and the reassembled stele are now in the Louvre Museum.

The Mesha stele is the longest Iron Age inscription ever found in the region, the major evidence for the Moabite language. The stele, whose story parallels, with some differences, an episode in the Books of Kings (2 Kings 3:4-8), provides invaluable information on the Moabite language and the political relationship between Moab and Israel at one moment in the 9th century B.C.  It is the most extensive inscription ever recovered that refers to the kingdom of Israel (the "House of Omri"), it bears the earliest certain extra-biblical reference to the Israelite GOD YAHWEH, and — if French scholar André Lemaire's reconstruction of a portion of line 31 is correct — the earliest mention of the "House of David" (i.e., the kingdom of Judah).

The points established by the Inscription are:

1. That Moab recovered from the blow dealt by David 2 Samuel 8:2, 2 Samuel 8:12, and became again an independent state in the interval between David's conquest and the accession of Omri;

2. That Omri reconquered the country, and that it then became subject to the northern kingdom, and remained so throughout his reign and that of his son Ahab, and into the reign of Ahab's son and successor, Ahaziah;

3. That the independence was regained by means of a war, in which Mesha took town after town from the Israelites, including in his conquests many of the towns which, at the original occupation of the holy land, had passed into the possession of the Reubenites or the Gadites, as Baal-Meon Numbers 32:38, KirjathaimNumbers 32:37, Ataroth Numbers 32:34, Nebo Numbers 32:38, Jahaz Joshua 13:18, etc.;

4. That the Name of YAHWEH Was Well Known to the Moabites as that of The GOD of the Israelites; and


5. That there was a Sanctuary of YAHWEH at Nebo, in the Trans-Jordanic territory, where "vessels" were used in HIS Service.