JEHOVAH Can Raise The Beggar From The Dunghill, And Set Him Among Princes


The Greatness of Mordecai 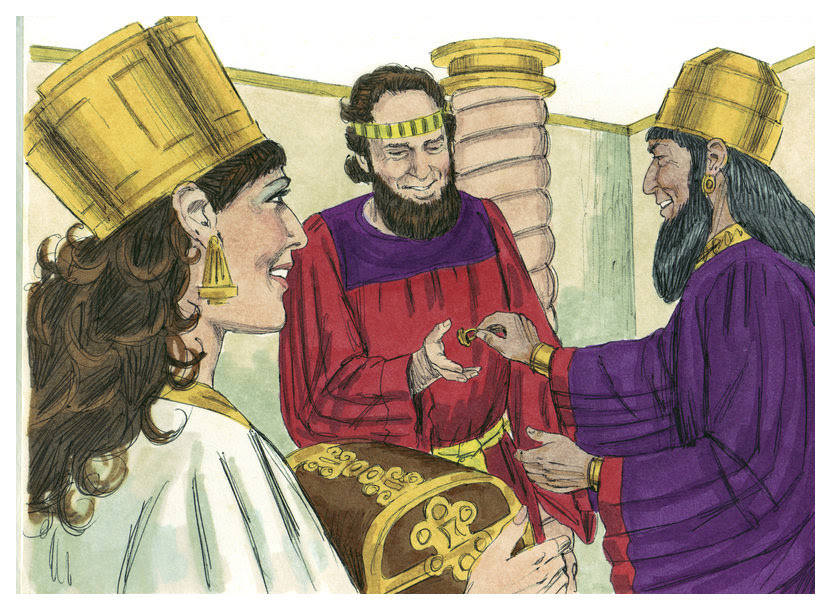 1King Xerxes imposed tribute throughout the empire, to its distant shores. 2And all his acts of power and might, together with a full account of the greatness of Mordecai, whom the king had promoted, are they not written in the book of the annals of the kings of Media and Persia? 3Mordecai the Jew was second in rank to King Xerxes, preeminent among the Jews, and held in high esteem by his many fellow Jews, because he worked for the good of his people and spoke up for the welfare of all the Jews.

This passage being an appendix to the history, and separated from the preceding chapter.  It might be that the occasion of levying this new impost arose out of the commotions raised by Haman's conspiracy. Neither the nature nor the amount of the tax has been recorded; only it was not a local tribute, but one exacted from all parts of his vast empire.

The experience of this pious and excellent Jew verified the statement, “he who humbles himself shall be exalted” (Matthew 23:12; Luke 14:11; 18:14). From sitting contentedly at the king's gate, he was raised to the dignity of highest subject, the powerful ruler of the kingdom. Acting uniformly on the great principles of truth and righteousness, his greatness rested on a firm foundation. His faith was openly avowed, and his influence as a professor of the true religion was of the greatest usefulness for promoting the welfare of the Jewish people, as well as for advancing the Glory of  his GOD, JEHOVAH.

The elevation of this pious and patriotic Jew to the possession of the highest official power was of very great importance to the suffering Jews at that period; for it enabled him, who all along possessed the disposition, now to direct the royal influence and authority in promoting the interests and extending the privileges of his exiled countrymen.

Viewed in this light, the Providence of GOD Is Plainly Traceable in all the steps that led to his unexpected advancement. This providential interposition is all the more remarkable, that, as in the analogous case of Joseph, it was displayed in making the ordinary and natural course of things lead to the most marvelous results.

To use the pious words of an eminent prelate, “though in the whole of this episode there was no extraordinary manifestation of GOD’S Power, no particular cause or agent that was in its working advanced above the ordinary pitch of nature, yet the contrivance, and suiting these ordinary agents appointed by GOD, is in itself more admirable than if the same end had been effected by means that were truly miraculous.”

The sudden advancement of individuals from obscurity and neglect to the highest stations of power and influence is, in Eastern courts, no extraordinary nor infrequent occurrence. The caprice, the weak partiality of the reigning sovereign, or, it may be, his penetrating discernment in discovering latent energy and talent, has often “raised the beggar from the dunghill, and set him among princes” (1 Samuel 2:8).

And, therefore, the advancement of “Mordecai, who was next to Ahasuerus (Xerxes), and great among the Jews,” was in perfect accordance with the rapid revolution of “the wheel of fortune” in that part of the world. But, considering all the circumstances of Mordecai's advancement, not only his gaining the favor of the king, but his being “accepted of the multitude of his brethren, it was beyond all controversy the doing of The LORD, and was truly marvelous in HIS people’s eyes.”


Far from being envious of his grandeur, they blessed GOD for the elevation to official power of so good a man. While his administration was conducted with a mild and impartial hand, he showed a peculiarly warm and friendly feeling to all his countrymen when asked his counsel or his aid.