1When all the work Solomon had done for the Temple of The LORD was finished, he brought in the things his father David had dedicated—the silver and gold and all the furnishings—and he placed them in the treasuries of GOD’S Temple.

The Ark Brought to the Temple


2Then Solomon summoned to Jerusalem the elders of Israel, all the heads of the tribes and the chiefs of the Israelite families, to bring up the Ark of The LORD'S Covenant from Zion, the City of David. 3And all the Israelites came together to the king at the time of the festival in the seventh month. 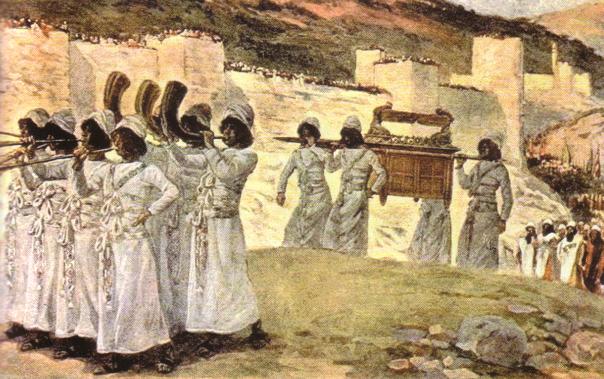 4When all the elders of Israel had arrived, the Levites took up the Ark, 5and they brought up the Ark and the tent of meeting and all the sacred furnishings in it. The Levitical priests carried them up; 6and King Solomon and the entire assembly of Israel that had gathered about him were before the Ark, sacrificing so many sheep and cattle that they could not be recorded or counted.

7The priests then brought the Ark of The LORD'S Covenant to its place in the inner Sanctuary of the Temple, the Most Holy Place, and put it beneath the wings of the cherubim. 8The cherubim spread their wings over the place of the Ark and covered the Ark and its carrying poles. 9These poles were so long that their ends, extending from the Ark, could be seen from in front of the inner Sanctuary, but not from outside the Holy Place; and they are still there today.

10There was nothing in the Ark except the two tablets that Moses had placed in it at Horeb, where The LORD Made a Covenant with the Israelites after they came out of Egypt. 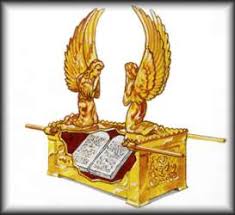 At the time of Solomon

11The priests then withdrew from the Holy Place. All the priests who were there had consecrated themselves, regardless of their divisions. 12All the Levites who were musicians—Asaph, Heman, Jeduthun and their sons and relatives—stood on the east side of the altar, dressed in fine linen and playing cymbals, harps and lyres. They were accompanied by 120 priests sounding trumpets. 13The trumpeters and musicians joined in unison to give praise and thanks to The Lord. Accompanied by trumpets, cymbals and other instruments, the singers raised their voices in praise to The LORD and sang:

“HE IS GOOD;
HIS Love Endures Forever.” 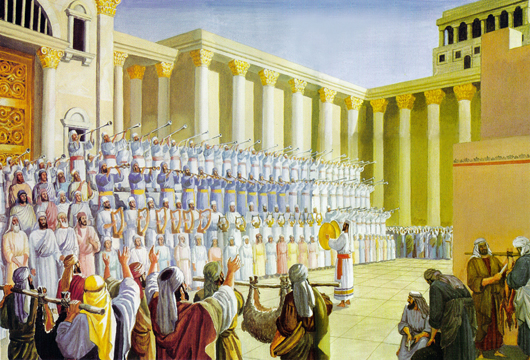 Solomon brought in all the things that David his father had dedicated—the immense sums and the store of valuable articles which his father and other generals had reserved and appropriated for the Temple (1 Chronicles 22:14; 26:26).

Bringing Up of the Ark of the Covenant

The feast of the dedication of the Temple was on the eighth day of that month. This is related, word for word, the same as in 1Kings 8:1-10.

On great and solemn occasions, such as this, a full choir was required, and their station was taken with scrupulous regard to their official parts: the family of Heman occupied the central place, the family of Asaph stood on his right, and that of Jeduthun on his left; the place allotted to the vocal department was a space between the court of Israel and the altar in the east end of the priests' court.

The trumpet was always used by the priests, and in the Divine Service it was specially employed in calling the people together during the holy solemnities, and in drawing attention to new and successive parts of the ritual. The number of trumpets used in the Divine Service could not be less than two (Numbers 10:2), and their greatest number never exceeded the precedent set at the dedication of the Temple.

The station where the priests were sounding with trumpets was apart from that of the other musicians; for while the Levite singers occupied an orchestra east of the altar, the priests stood at the marble table on the southwest of the altar. There both of them stood with their faces to the altar. The manner of blowing the trumpets was, first, by a long plain blast, then by one with breakings and quavering, and then by a long plain blast again (Brown, Jewish Antiquities).