JEHOVAH Moved The Heart Of Cyrus King Of Persia


Cyrus Helps the Exiles to Return 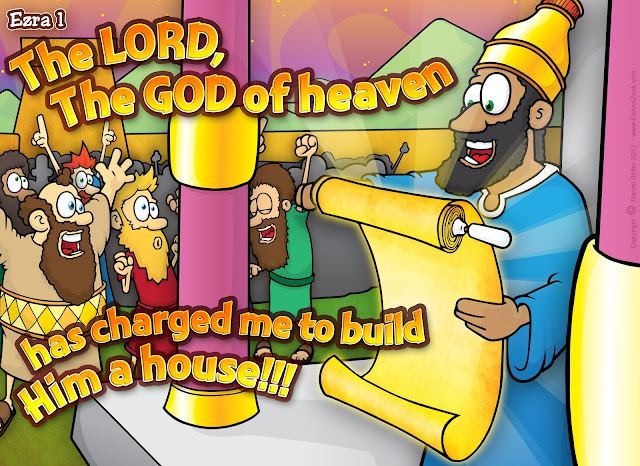 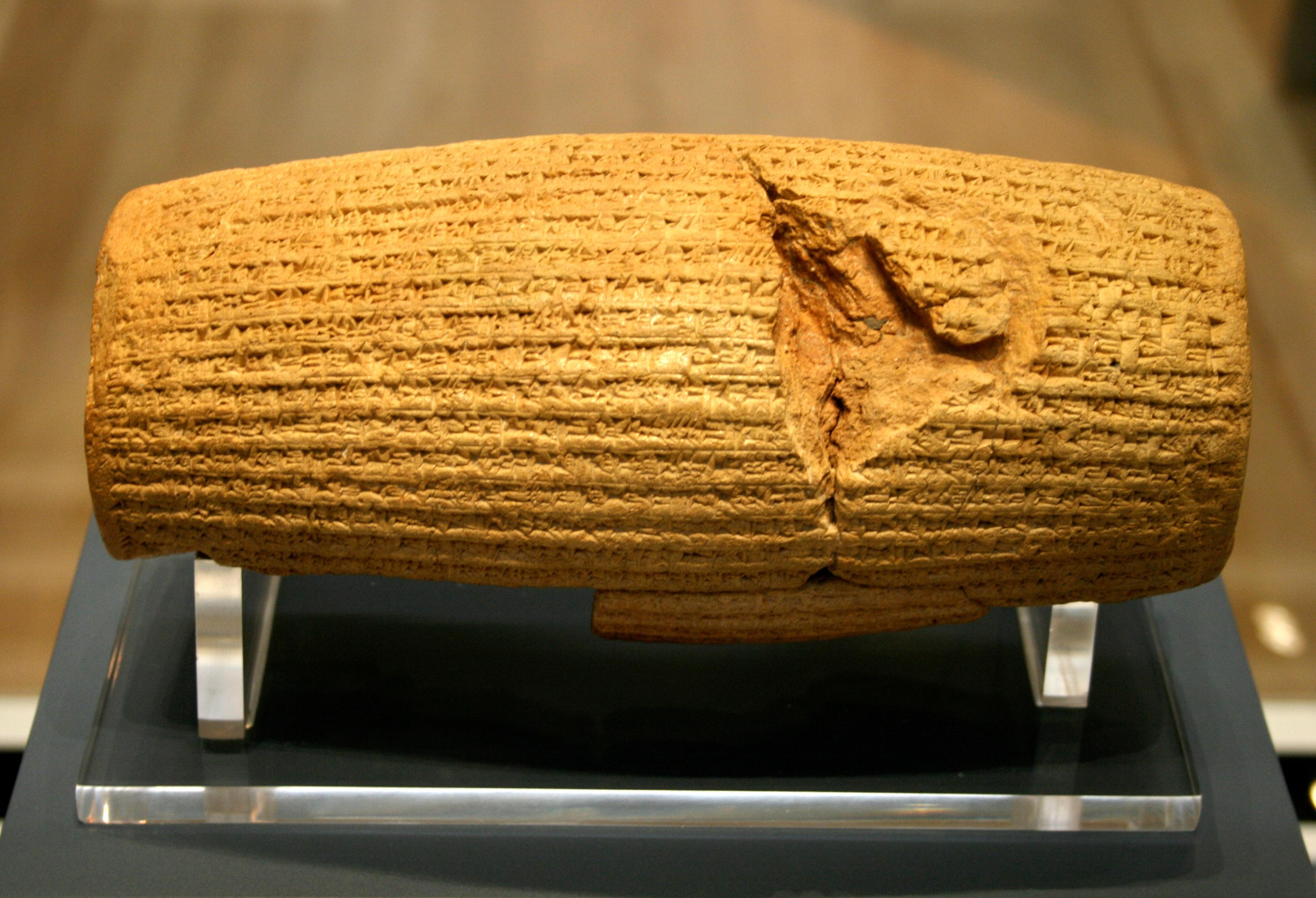 2“This is what Cyrus king of Persia says:

“ ‘The LORD, The GOD of Heaven, Has Given me all the kingdoms of the earth and HE Has Appointed me to build a Temple for HIM at Jerusalem in Judah. 3Any of HIS people among you may go up to Jerusalem in Judah and build the Temple of The LORD, The GOD of Israel, The GOD WHO Is In Jerusalem, and May their GOD Be With them. 4And in any locality where survivors may now be living, the people are to provide them with silver and gold, with goods and livestock, and with freewill offerings for the Temple of GOD in Jerusalem.’ ” 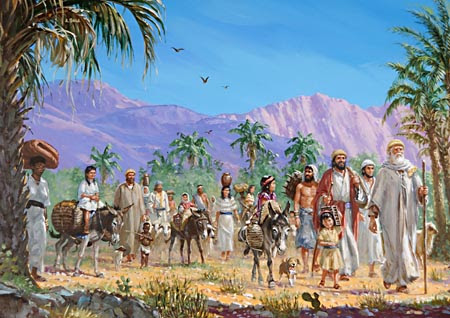 5Then the family heads of Judah and Benjamin, and the priests and Levites—everyone whose heart GOD Had Moved—prepared to go up and build the House of The LORD in Jerusalem.

6All their neighbors assisted them with articles of silver and gold, with goods and livestock, and with valuable gifts, in addition to all the freewill offerings. 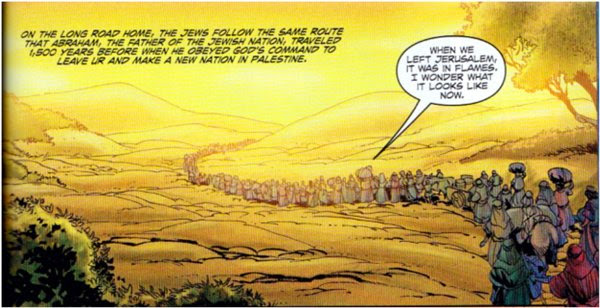 7Moreover, King Cyrus brought out the articles belonging to the Temple of The LORD, which Nebuchadnezzar had carried away from Jerusalem and had placed in the temple of his god. 8Cyrus king of Persia had them brought by Mithredath the treasurer, who counted them out to Sheshbazzar the prince of Judah. 9This was the inventory: 11In all, there were 5,400 articles of gold and of silver. Sheshbazzar brought all these along with the exiles when they came up from Babylon to Jerusalem.

The books of Ezra and Nehemiah were originally one scroll (Nehemiah 3:32). Later the Jews divided this scroll and called it First and Second Ezra. Modern Hebrew Bibles call the two books Ezra and Nehemiah, as do other modern Bible translations. A few parts of the Book of Ezra (4:8 to 6:18 and 7:12-26) were written in Aramaic, and the majority in Hebrew, Ezra himself being skilled in both languages.

Ezra, a descendant of Seraiah the high priest, was living in Babylon when in the seventh year (~ 457 B.C.) of Artaxerxes, king of Persia.  The king sent him to Jerusalem to teach the Laws of GOD to any who did not know them. Ezra led a large body of exiles back to Jerusalem, where he discovered that Jewish men had been marrying non-Jewish women. He tore his garments in despair and confessed the sins of Israel before GOD, then braved the opposition of some of his own countrymen to purify the community by enforcing the dissolution of the sinful marriages.

Some years later Artaxerxes sent Nehemiah (a Jewish noble in his personal service) to Jerusalem as governor with the task of rebuilding the city walls. Once this task was completed Nehemiah had Ezra read the Law of Moses (the Torah) to the assembled Israelites, and the people and priests entered into a covenant to keep the Law and separate themselves from all other peoples.

Cyrus - This prince is said to have been the son of Cambyses king of Persia, and Mandane, daughter of Astyages king of the Medes; and was born about six hundred years before CHRIST. Josephus accounts for his partiality to the Jews from this circumstance; that he was shown the places in Isaiah the prophet where he is mentioned by name, and his exploits and conquests foretold: see Isaiah 44:28; Isaiah 45:1, etc.

Finding himself thus distinguished by The GOD of the Jews, he was anxious to give HIM proofs of his gratitude in return; and so made the decree in favor of the Jews, restored their sacred vessels, gave them liberty to return to their own land, and encouraged them to rebuild the Temple of JEHOVAH.

It is very probable that when Cyrus took Babylon he found Daniel there, who had been long famed as one of the wisest ministers of state in the entire East; and it is most likely that it was this person who pointed out to him the prophecy of Isaiah, and showed him the Divine Will which were revealed to him.

At this time the empire of the Medo-Persians was very extensive: according to ancient writers, Cyrus, at this time, reigned over the Medes, Persians, Hyrcanians, Armenians, Syrians, Assyrians, Arabians, Cappadocians, Phrygians, Lydians Phoenicians, Babylonians, Bactrians, Indians, Saci, Cilicians, Paphlagonians, Moriandrians, and many others. His empire extended on the East, to the Red Sea; on the North, to the Euxine Sea; on the West, to the island of Cyprus and Egypt; and on the South, to Ethiopia.


The Persian notion of a single Supreme Being - Ahura-Mazda, "the much-knowing, or much-bestowing Spirit" - did, in fact, approach nearly to the Jewish conception of YAHWEH.