Solomon Made The Temple’s Furnishings

2He made the Sea of cast metal, circular in shape, measuring ten cubits from rim to rim and five cubitsb high. It took a line of thirty cubitsc to measure around it. 3Below the rim, figures of bulls encircled it—ten to a cubit.d The bulls were cast in two rows in one piece with the Sea.

4The Sea stood on twelve bulls, three facing north, three facing west, three facing south and three facing east. The Sea rested on top of them, and their hindquarters were toward the center. 5It was a handbreadthein thickness, and its rim was like the rim of a cup, like a lily blossom. It held three thousand baths.f 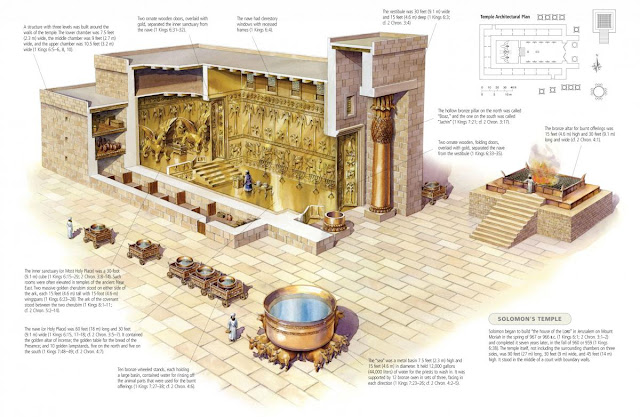 7He made ten gold lampstands according to the specifications for them and placed them in the Temple, five on the south side and five on the north.

8He made ten tables and placed them in the Temple, five on the south side and five on the north. He also made a hundred gold sprinkling bowls. 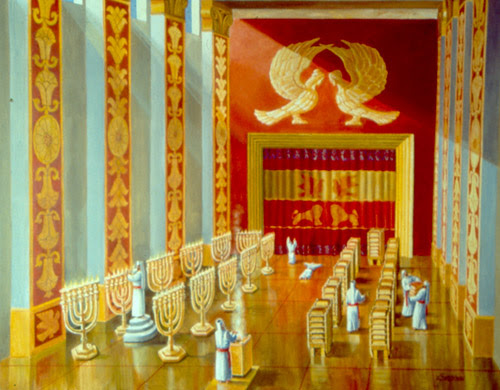 9He made the courtyard of the priests, and the large court and the doors for the court, and overlaid the doors with bronze. 10He placed the Sea on the south side, at the southeast corner.

11And Huram also made the pots and shovels and sprinkling bowls.

So Huram finished the work he had undertaken for King Solomon in the Temple of GOD:

14the stands with their basins;
15the Sea and the twelve bulls under it;
16the pots, shovels, meat forks and all related articles.

All the objects that Huram-Abi made for King Solomon for the Temple of The LORD were of polished bronze.17The king had them cast in clay molds in the plain of the Jordan between Sukkoth and Zarethan.g 18All these things that Solomon made amounted to so much that the weight of the bronze could not be calculated.

19Solomon also made all the furnishings that were in GOD’s Temple:
the golden altar;

the tables on which was the Bread of the Presence; 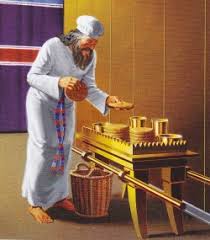 20the lampstands of pure gold with their lamps, to burn in front of the inner sanctuary as prescribed;


21the gold floral work and lamps and tongs (they were solid gold);
22the pure gold wick trimmers, sprinkling bowls, dishes and censers; and the gold doors of the temple: the inner doors to the Most Holy Place and the doors of the main hall.

He made an altar of brass - Steps must have been necessary for ascending so elevated an altar, but the use of these could be no longer forbidden (Exodus 20:26) after the introduction of an official costume for the priests (Exodus 28:42). 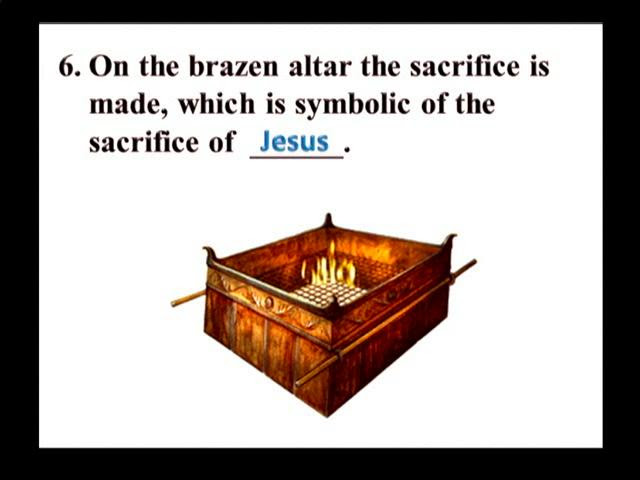 It measured thirty-five feet by thirty-five, and in height seventeen and a half feet. The thickness of the metal used for this altar is nowhere given; but supposing it to have been three inches, the whole weight of the metal would not be under two hundred tons.