Such Is The Fate JEHOVAH Allots The Wicked

1Then Zophar the Naamathite replied:

2“My troubled thoughts prompt me to answer
because I am greatly disturbed.
3I hear a rebuke that dishonors me,
and my understanding inspires me to reply.
4“Surely you know how it has been from of old,
ever since mankinda was placed on the earth,
5that the mirth of the wicked is brief,
the joy of the godless lasts but a moment.
6Though the pride of the godless person reaches to the heavens
and his head touches the clouds,
7he will perish forever, like his own dung;
those who have seen him will say, ‘Where is he?’
8Like a dream he flies away, no more to be found,
banished like a vision of the night.
9The eye that saw him will not see him again;
his place will look on him no more.
10His children must make amends to the poor;
his own hands must give back his wealth.
11The youthful vigor that fills his bones
will lie with him in the dust.
12“Though evil is sweet in his mouth
and he hides it under his tongue,
13though he cannot bear to let it go
and lets it linger in his mouth,
14yet his food will turn sour in his stomach;
it will become the venom of serpents within him.
15He will spit out the riches he swallowed;
GOD Will Make his stomach vomit them up.
16He will suck the poison of serpents;
the fangs of an adder will kill him.
17He will not enjoy the streams,
the rivers flowing with honey and cream.
18What he toiled for he must give back uneaten;
he will not enjoy the profit from his trading.
19For he has oppressed the poor and left them destitute;
he has seized houses he did not build.
20“Surely he will have no respite from his craving;
he cannot save himself by his treasure.
21Nothing is left for him to devour;
his prosperity will not endure.
22In the midst of his plenty, distress will overtake him;
the full force of misery will come upon him.
23When he has filled his belly,
GOD Will Vent HIS Burning Anger Against him
and Rain Down HIS Blows On him.
24Though he flees from an iron weapon,
a bronze-tipped arrow pierces him.
25HE Pulls it out of his back,
the gleaming point out of his liver.
Terrors will come over him;
26total darkness lies in wait for his treasures.
A fire unfanned will consume him
and devour what is left in his tent.
27The heavens will expose his guilt;
the earth will rise up against him.
28A flood will carry off his house,
rushing watersb on the day of GOD’S Wrath.
29Such is the fate GOD allots the wicked,
the heritage appointed for them by GOD.” 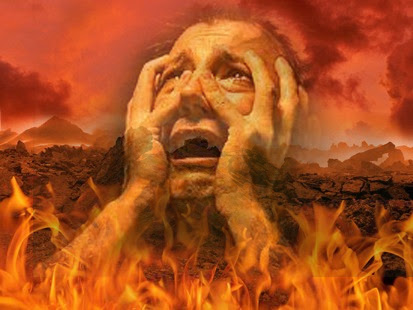 
One would have thought that such an excellent confession of faith as Job made, in the close of the foregoing chapter 19, would satisfy his friends but they do not seem to have taken any notice of it, and therefore Zophar here takes his turn, and attacks him with as much harshness as before.

II. His discourse is long, and all upon one subject, the very same that Bildad was large upon (ch. 18), the certain misery of wicked people and the ruin that awaits them.

2. He proves the misery of his condition by many instances that he should have a sick body, a troubled mind, a ruined wealth, a begging family, an infamous name and that he himself should perish under the weight of Divine Wrath (v. 10-29).


But the great mistake was, and all the flaw in his discourse that he imagined GOD Never Varied from this method, and therefore Job was a very bad man, though it did not appear that he was.