8Ezra arrived in Jerusalem in the fifth month of the seventh year of the king. 9He had begun his journey from Babylon on the first day of the first month, and he arrived in Jerusalem on the first day of the fifth month, for The Gracious Hand of his GOD Was on him. 10For Ezra had devoted himself to the study and observance of The Law of The LORD, and to teaching its decrees and laws in Israel.

11This is a copy of the letter King Artaxerxes had given to Ezra the priest, a teacher of the Law, a man learned in matters concerning The Commands and Decrees of The LORD for Israel:

12Artaxerxes, king of kings,
To Ezra the priest, teacher of The Law of The GOD of Heaven:

13Now I decree that any of the Israelites in my kingdom, including priests and Levites, who volunteer to go to Jerusalem with you, may go. 14You are sent by the king and his seven advisers to inquire about Judah and Jerusalem with regard to The Law of your GOD, Which Is in your hand. 15Moreover, you are to take with you the silver and gold that the king and his advisers have freely given to The GOD of Israel, WHOSE Dwelling Is in Jerusalem, 16together with all the silver and gold you may obtain from the province of Babylon, as well as the freewill offerings of the people and priests for The Temple of their GOD in Jerusalem. 17With this money be sure to buy bulls, rams and male lambs, together with their grain offerings and drink offerings, and sacrifice them on the altar of The Temple of your GOD in Jerusalem.

18You and your fellow Israelites may then do whatever seems best with the rest of the silver and gold, in accordance with the will of your God. 19Deliver to The GOD of Jerusalem all the articles entrusted to you for worship in The Temple of your GOD. 20And anything else needed for The Temple of your GOD that you are responsible to supply, you may provide from the royal treasury.

21Now I, King Artaxerxes, decree that all the treasurers of Trans-Euphrates are to provide with diligence whatever Ezra the priest, the teacher of The Law of The GOD of Heaven, may ask of you— 22up to a hundred talents a of silver, a hundred cors b of wheat, a hundred baths c of wine, a hundred baths d of olive oil, and salt without limit. 23Whatever The GOD of Heaven Has Prescribed, let it be done with diligence for The Temple of The GOD of Heaven. Why should his wrath fall on the realm of the king and of his sons? 24You are also to know that you have no authority to impose taxes, tribute or duty on any of the priests, Levites, musicians, gatekeepers, temple servants or other workers at this House of GOD.

25And you, Ezra, in accordance with The Wisdom of your GOD, Which you possess, appoint magistrates and judges to administer justice to all the people of Trans-Euphrates—all who know The Laws of your GOD. And you are to teach any who do not know them. 26Whoever does not obey The Law of your GOD and the law of the king must surely be punished by death, banishment, confiscation of property, or imprisonment.

27Praise Be To The LORD, The GOD of our ancestors, WHO Has Put it into the king’s heart to bring honor to the House of The LORD in Jerusalem in this way 28and WHO Has Extended HIS Good Favor to me before the king and his advisers and all the king’s powerful officials. Because The Hand of The LORD my GOD Was on me, I took courage and gathered leaders from Israel to go up with me.

1These are the family heads and those registered with them who came up with me from Babylon during the reign of King Artaxerxes:

The Return to Jerusalem

15I assembled them at the canal that flows toward Ahava, and we camped there three days. When I checked among the people and the priests, I found no Levites there. 16So I summoned Eliezer, Ariel, Shemaiah, Elnathan, Jarib, Elnathan, Nathan, Zechariah and Meshullam, who were leaders, and Joiarib and Elnathan, who were men of learning, 17and I ordered them to go to Iddo, the leader in Kasiphia. I told them what to say to Iddo and his fellow Levites, the Temple servants in Kasiphia, so that they might bring attendants to us for the House of our GOD. 18Because The Gracious Hand of our GOD Was On us, they brought us Sherebiah, a capable man, from the descendants of Mahli son of Levi, the son of Israel, and Sherebiah’s sons and brothers, 18 in all; 19and Hashabiah, together with Jeshaiah from the descendants of Merari, and his brothers and nephews, 20 in all. 20They also brought 220 of the Temple servants—a body that David and the officials had established to assist the Levites. All were registered by name.

21There, by the Ahava Canal, I proclaimed a fast, so that we might humble ourselves before our GOD and ask HIM for a safe journey for us and our children, with all our possessions. 22I was ashamed to ask the king for soldiers and horsemen to protect us from enemies on the road, because we had told the king, “The Gracious Hand of our GOD Is on everyone who looks to HIM, but HIS Great Anger Is against all who forsake HIM.” 23So we fasted and petitioned our GOD about this, and HE Answered our prayer. 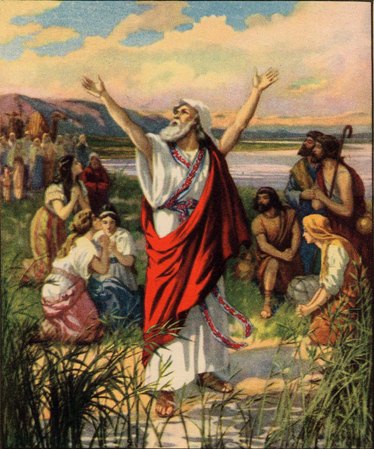 24Then I set apart twelve of the leading priests, namely, Sherebiah, Hashabiah and ten of their brothers,25and I weighed out to them the offering of silver and gold and the articles that the king, his advisers, his officials and all Israel present there had donated for the House of our GOD. 26I weighed out to them 650 talentsc of silver, silver articles weighing 100 talents,d 100 talentse of gold, 2720 bowls of gold valued at 1,000 darics,f and two fine articles of polished bronze, as precious as gold. 28I said to them, “You as well as these articles are consecrated To The LORD. The silver and gold are a freewill offering To The LORD, The GOD of your ancestors. 29Guard them carefully until you weigh them out in the chambers of the House of The Lord in Jerusalem before the leading priests and the Levites and the family heads of Israel.” 30Then the priests and Levites received the silver and gold and sacred articles that had been weighed out to be taken to the House of our GOD in Jerusalem.

31On the twelfth day of the first month we set out from the Ahava Canal to go to Jerusalem. The Hand of our GOD Was On us, and HE Protected us from enemies and bandits along the way. 32So we arrived in Jerusalem, where we rested three days.

33On the fourth day, in the House of our GOD, we weighed out the silver and gold and the sacred articles into the hands of Meremoth son of Uriah, the priest. Eleazar son of Phinehas was with him, and so were the Levites Jozabad son of Jeshua and Noadiah son of Binnui. 34Everything was accounted for by number and weight, and the entire weight was recorded at that time.

35Then the exiles who had returned from captivity sacrificed burnt offerings To The GOD of Israel: twelve bulls for all Israel, ninety-six rams, seventy-seven male lambs and, as a sin offering,g twelve male goats. All this was a burnt offering To The LORD. 36They also delivered the king’s orders to the royal satraps and to the governors of Trans-Euphrates, who then gave assistance to the people and to the House of GOD.


GOD Raised Up the spirits of a small remnant to accompany him. Then Ezra assembled Levites to go with him. Those who seek GOD are safe under the shadow of HIS Wings even in their greatest dangers. But those who forsake HIM are not. When we are in any peril, let us be at peace with GOD, and then nothing can do us any real hurt.

All our concerns about us, our families, and our estates, it is our wisdom and duty, by prayer to commit to GOD, and to leave the care of them with HIM. Let us ask wisdom of GOD that we may know how to use lawful things for HIS Purposes. Enemies laid wait for them, but GOD Protected them. Even the common perils of journeys make us go out with prayer and to return with praise and thanksgiving.

The expressions here used, direct us to the deliverance of sinners from spiritual bondage, and their pilgrimage to the Heavenly Jerusalem, under the care and protection of our GOD and SAVIOR, JESUS CHRIST.