David’s Plans for the Temple

2King David rose to his feet and said: “Listen to me, my fellow Israelites, my people. I had it in my heart to build a House as a place of rest for the Ark of the Covenant of The LORD, for the Footstool of our GOD, and I made plans to build it.

3But GOD Said to me,

‘You are not to build a House for MY Name, because

you are a warrior and have shed blood.’

4 “Yet The LORD, The GOD of Israel, Chose me from my whole family to be king over Israel forever. HE Chose Judah as leader, and from the tribe of Judah HE Chose my family, and from my father’s sons HE Was Pleased To Make me king over all Israel. 5Of all my sons—and The LORD Has Given me many—HE Has Chosen my son Solomon to sit on the throne of The Kingdom of The LORD over Israel.


‘Solomon your son is the one who will build MY House and MY Courts, For I Have Chosen him to be MY son, and I Will Be his FATHER. 7I Will Establish his kingdom forever if he is unswerving in carrying out MY Commands and Laws, as is being done at this time.’

8“So now I charge you in the sight of all Israel and of the assembly of The LORD, and in the Hearing of our GOD: Be careful to follow all the Commands of The LORD your GOD, that you may possess this good land and pass it on as an inheritance to your descendants forever.

9“And you, my son Solomon, acknowledge The GOD of your father, and serve HIM with wholehearted devotion and with a willing mind, for The LORD Searches every heart and Understands every desire and every thought. If you seek HIM, HE Will Be Found by you; but if you forsake HIM, HE Will Reject you forever. 10Consider now, For The LORD Has Chosen you to build a House as the Sanctuary. Be strong and do the work.” 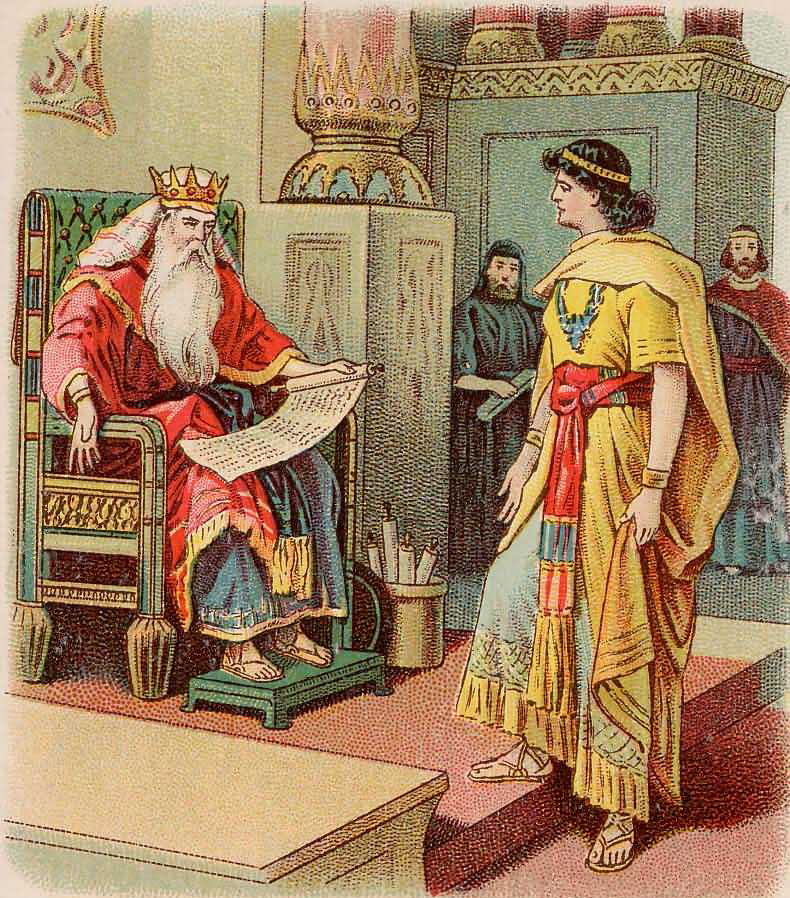 11Then David gave his son Solomon the plans for the portico of the Temple, its buildings, its storerooms, its upper parts, its inner rooms and the place of atonement.

He also gave him the plan for the chariot, that is, the cherubim of gold that spread their wings and overshadow the Ark of the Covenant of The LORD.

me, and HE Enabled me to understand all the details

20David also said to Solomon his son, “Be strong and courageous, and do the work. Do not be afraid or discouraged, For The LORD GOD, my GOD, Is With you. HE Will Not Fail you or Forsake you until all the work for the service of the Temple of The LORD is finished. 21The divisions of the priests and Levites are ready for all the work on the Temple of GOD, and every willing person skilled in any craft will help you in all the work. The officials and all the people will obey your every command.”


The chariot of the cherubim 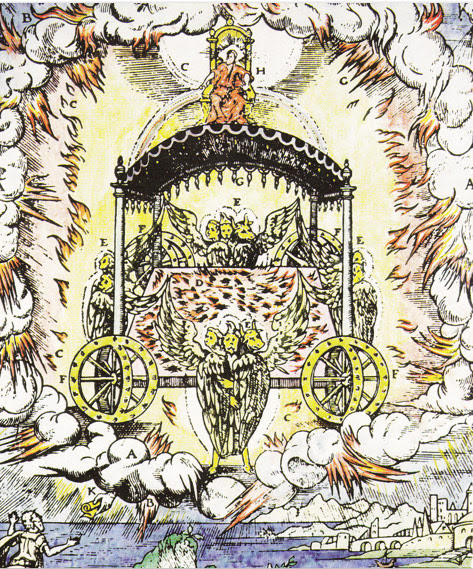 The expanded wings of the cherubim formed what was figuratively styled the Throne of GOD, and as they were emblematic of rapid motion, the throne or seat was spoken of as a chariot (Psalm 18:10; 99:1).

It is quite clear that in all these directions David was not guided by his own taste, or by a desire for taking any existing model of architecture, but solely by a regard to the express revelation of the Divine Will by The SPIRIT of JEHOVAH.


In a vision, or trance, the whole edifice, with its appurtenances, had been placed before his eyes so vividly and permanently, that he had been able to take a sketch of them in the models delivered to Solomon.