They Sought JEHOVAH Eagerly, And HE Was Found By Them


1The SPIRIT of GOD Came On Azariah son of Oded. 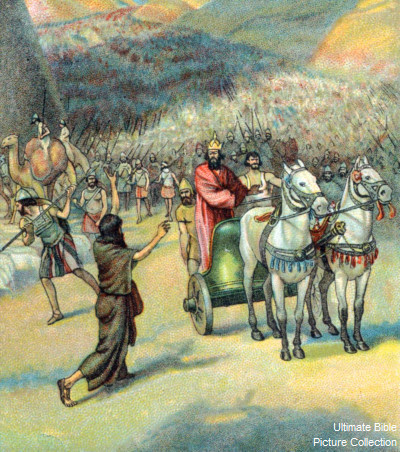 2He went out to meet Asa and said to him, “Listen to me, Asa and all Judah and Benjamin. The LORD Is With you when you are with HIM. If you seek HIM, HE Will Be Found by you, but if you forsake HIM, HE Will Forsake you. 3For a long time Israel was without The True GOD, without a priest to teach and without the Law. 4But in their distress they turned To The LORD, The GOD of Israel, and sought HIM, and HE Was Found by them. 5In those days it was not safe to travel about, for all the inhabitants of the lands were in great turmoil. 6One nation was being crushed by another and one city by another, because GOD Was Troubling them with every kind of distress. 7But as for you, be strong and do not give up, for your work will be rewarded.”

8When Asa heard these words and the prophecy of Azariah son of Oded the prophet, he took courage. He removed the detestable idols from the whole land of Judah and Benjamin and from the towns he had captured in the hills of Ephraim. He repaired the altar of The LORD that was in front of the portico of The LORD'S Temple. 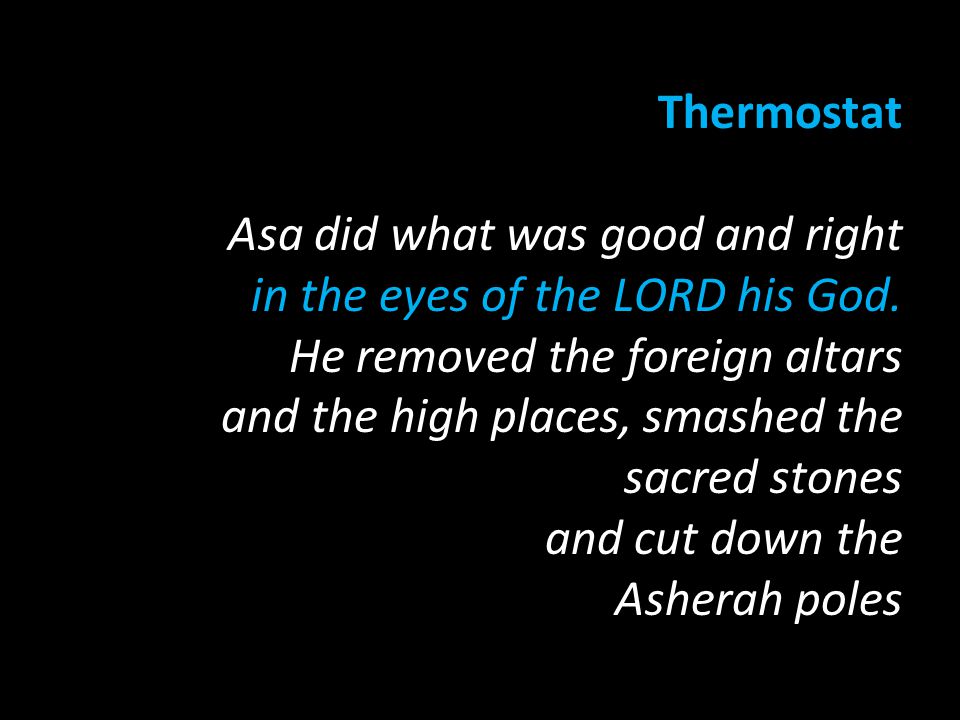 9Then he assembled all Judah and Benjamin and the people from Ephraim, Manasseh and Simeon who had settled among them, for large numbers had come over to him from Israel when they saw that The LORD his GOD Was With him.

10They assembled at Jerusalem in the third month of the fifteenth year of Asa’s reign. 11At that time they sacrificed To The LORD seven hundred head of cattle and seven thousand sheep and goats from the plunder they had brought back. 12They entered into a Covenant to seek The LORD, The GOD of their ancestors, with all their heart and soul. 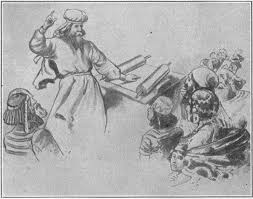 13All who would not seek The LORD, The GOD of Israel, were to be put to death, whether small or great, man or woman. 14They took an oath to The LORD with loud acclamation, with shouting and with trumpets and horns. 15All Judah rejoiced about the oath because they had sworn it wholeheartedly. They sought GOD eagerly, and HE Was Found by them. So The LORD Gave them rest on every side.

16King Asa also deposed his grandmother Maakah from her position as queen mother, because she had made a repulsive image for the worship of Asherah.

Asa cut it down, broke it up and burned it in the Kidron Valley.

17Although he did not remove the high places from Israel, Asa’s heart was fully committed to The LORD all his life. 18He brought into the Temple of GOD the silver and gold and the articles that he and his father had dedicated.

19There was no more war until the thirty-fifth year of Asa’s reign.

Asa and his army were now returning in triumph from the battle, laden with spoils and adorned with the trophies of victory, the pious prince, we may now suppose, studying what he should render to GOD for this great favor.

He knew that the work of reformation, which he had begun in his kingdom, was not perfected; his enemies abroad were subdued, but there were more dangerous enemies at home that were yet unconquered—idols in Judah and Benjamin: his victory over the former enemies emboldened him vigorously to renew his attack upon the latter enemies, the idols.

Now here we have,

I. The message which GOD Sent to him, by a prophet, to engage him to, and encourage him in, the execution of his reformation (v. 1-7).

II. The life which this message put into that good cause, and their proceedings in pursuance of it. Idols removed (v. 8). The spoil dedicated To GOD (v. 9–11). A covenant made With GOD, and a law for the punishing of idolaters (v. 12–15). A reformation at court (v. 16). Dedicated things brought into the House of GOD (v. 18).