Was Abijah A Wicked Or A Righteous King? 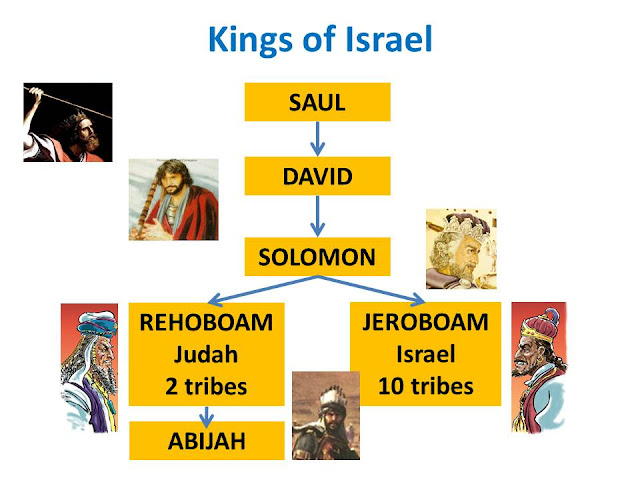 1In the eighteenth year of the reign of Jeroboam, Abijah became king of Judah, 2and he reigned in Jerusalem three years. His mother’s name was Maakah,a a daughterb of Uriel of Gibeah.

4Abijah stood on Mount Zemaraim, in the hill country of Ephraim, and said, “Jeroboam and all Israel, listen to me! 5Don’t you know that The LORD, The GOD of Israel, has given the kingship of Israel to David and his descendants forever by a Covenant of Salt? 6Yet Jeroboam son of Nebat, an official of Solomon son of David, rebelled against his master. 7Some worthless scoundrels gathered around him and opposed Rehoboam son of Solomon when he was young and indecisive and not strong enough to resist them.

8“And now you plan to resist the Kingdom of The LORD, which is in the hands of David’s descendants. You are indeed a vast army and have with you the golden calves that Jeroboam made to be your gods. 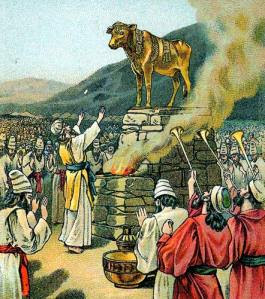 9But didn’t you drive out the priests of The LORD, the sons of Aaron, and the Levites, and make priests of your own as the peoples of other lands do? Whoever comes to consecrate himself with a young bull and seven rams may become a priest of what are not gods.

10“As for us, The LORD Is our GOD, and we have not forsaken HIM. The priests who serve The LORD are sons of Aaron, and the Levites assist them. 11Every morning and evening they present burnt offerings and fragrant incense To The LORD. They set out the bread on the ceremonially clean table and light the lamps on the gold lampstand every evening. We are observing the requirements of The LORD our GOD. But you have forsaken Him. 12GOD Is With us; HE Is our LEADER. HIS priests with their trumpets will sound the battle cry against you. People of Israel, do not fight against The LORD, The GOD of your ancestors, for you will not succeed.”

13Now Jeroboam had sent troops around to the rear, so that while he was in front of Judah the ambush was behind them. 14Judah turned and saw that they were being attacked at both front and rear. Then they cried out to The LORD. The priests blew their trumpets 15and the men of Judah raised the battle cry. At the sound of their battle cry, GOD routed Jeroboam and all Israel before Abijah and Judah. 16The Israelites fled before Judah, and GOD Delivered them into their hands. 17Abijah and his troops inflicted heavy losses on them, so that there were five hundred thousand casualties among Israel’s able men. 18The Israelites were subdued on that occasion, and the people of Judah were victorious because they relied On The LORD, The GOD of their ancestors.

19Abijah pursued Jeroboam and took from him the towns of Bethel, Jeshanah and Ephron, with their surrounding villages. 20Jeroboam did not regain power during the time of Abijah. And The LORD Struck him down and he died.

21But Abijah grew in strength. He married fourteen wives and had twenty-two sons and sixteen daughters.

22The other events of Abijah’s reign, what he did and what he said, are written in the annotations of the prophet Iddo.


We have here a much fuller account of the reign of Abijah, the son of Rehoboam, than we had in the Kings. There we found that his character was no better than his father’s—he "walked in the sins of his father, and his heart was not right With GOD," 1 Kings. 15:2, 3.

But here we find him more brave and successful in war than his father was. He reigned but three years, and was chiefly famous for a glorious victory he obtained over the forces of Jeroboam.

I. The armies brought into the field on both sides (v. 3).

II. The remonstrance which Abijah made before the battle, setting forth the justice of his cause (v. 4–12).

III. The distress which Judah was brought into by the ambush of the army of Jeroboam (v. 13, 14).

Was Abijah a wicked or a righteous king?

1 Kings 15:3 says Abijah was a wicked king, but in 2 Chronicles 13 he gives a speech against idolatry and in defense of GOD'S priests.

1 Kings 15:3 He committed all the sins his father had done before him; his heart was not fully devoted to the LORD his GOD, as the heart of David his forefather had been.

2 Chronicles 13:4-5 Abijah stood on Mount Zemaraim, in the hill country of Ephraim, and said, Jeroboam and all Israel, listen to me! Dont you know that The LORD, The GOD of Israel, has given the kingship of Israel to David and his descendants forever by a covenant of salt?

Even a broke clock is right twice a day. Kings (politicians) can do and say some good things, but it is not necessarily for the Glory of GOD alone (which makes them sinful), but to serve their own ends. Politicians may give some good speeches, but they do not always live up them. A person’s words and deeds are not always consistent with one another.