Out of Egypt Have I Called MY SON

1When Israel came out of Egypt,
Jacob from a people of foreign tongue,

3The sea looked and fled, 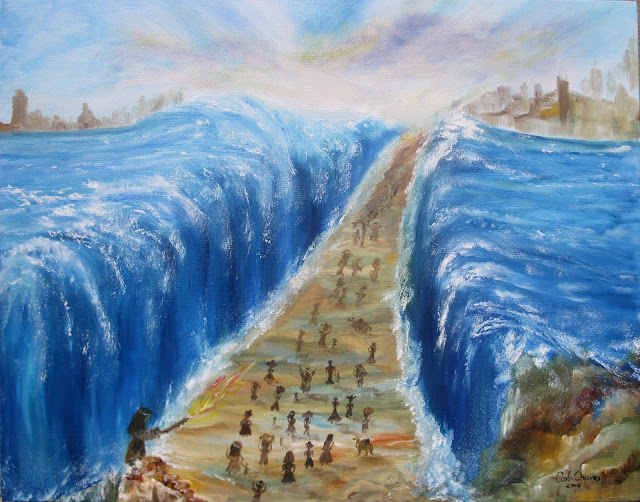 the Jordan turned back;

8WHO Turned the rock Into a pool,
the hard rock Into springs of water. 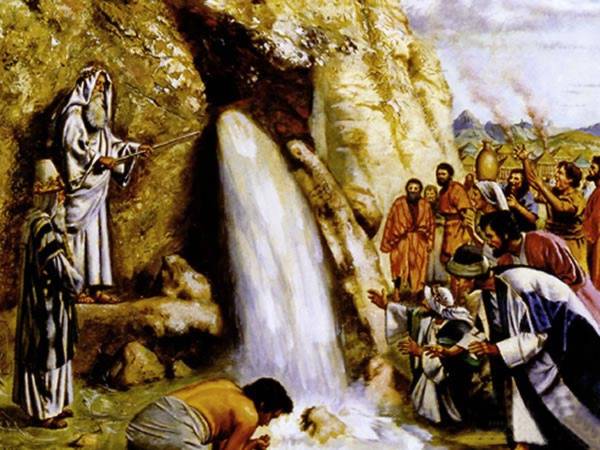 
The deliverance of Israel out of Egypt gave birth to their nation, which were then founded, then formed; that work of wonder ought therefore to be had in everlasting remembrance. GOD Gloried in it, in the preface to the Ten Commandments, and Hosea 11:1,


"Out of Egypt Have I Called MY SON."


In this psalm it is celebrated in lively strains of praise; it was fitly therefore made a part of the great Hallelujah, or song of praise, which the Jews were to sing at the close of the Passover Supper.


That last verse has caused lots of consternation.  The Holy Family goes to Egypt, and this somehow fulfills Hosea’s reference to Israel’s exodus? As I mentioned last week, at first glance it looks like Matthew is connecting the dots by the slimmest of connections.
Here’s what we read in Hosea 11:1-4:

When Israel was a child, I loved him, and out of Egypt I called my son. The more they were called, the more they went away; they kept sacrificing to the Baals and burning offerings to idols.Yet it was I who taught Ephraim to walk; I took them up by their arms, but they did not know that I healed them. I led them with cords of kindness, with the bands of love, and I became to them as one who eases the yoke on their jaws, and I bent down to them and fed them.

Clearly, Hosea, speaking for the Lord, is harkening back to the Exodus. He is remembering when Israel was just a little toddler of a nation and God delivered them out of bondage in Egypt. “Many years ago, by Moses and the plagues and all that, I called my son Israel out of Egypt, out of the house of slavery”–that’s what Hosea 11 is about.
But look again at Matthew. “Out of Egypt I called my son” here refers to God hiding Jesus away in Egypt to avoid Herod’s decree and then calling him back from Egypt when Herod is dead. This seems to be unrelated to anything Hosea was talking about. How can Matthew say this flight to Egypt fulfilled the words of the prophet Hosea when the two events seem connected by no more than the word Egypt? How can this possibly be a fulfillment of Old Testament prophecy?

Swing and a Miss

That’s a tough question and one that has generated a lot of bad answers. Some, with good intentions, have said “Look, Matthew says Jesus fulfilled this prophecy, so it must be that Hosea is a direct prophecy about the Messiah and only about the Messiah. Hosea knew he was predicting something about the Christ.” That does try to make sense of Matthew’s language, but you really have to get creative with Hosea to make it look like he was knowingly predicting a Messianic flight to Egypt.
Others have suggested that Matthew was just making a loose connection between two events that had to do with Egypt. He’s just playing free association with Biblical prophecy. “Jesus came out of Egypt. Here’s something in the prophets about Egypt. So let’s put the two together.” Not only does this make Matthew look a bit silly and throw into question some basic beliefs about biblical inspiration, this sort of loosey-goosey prophetic fulfillment simply doesn’t fit with the rest of Matthew’s gospel.
Matthew, more than any gospel writer, goes to great lengths to show that Jesus’ birth, life, and death, are rooted firmly in the Old Testament. Jesus was born of a virgin (fulfilling Isaiah 7:14). He was born in Bethlehem (fulfilling Micah 5:1-2). He was sought out to be killed by Herod (fulfilling Jeremiah 31:15). He was preceded by John preparing the way (fulfilling Isaiah 40:3). He healed diseases (fulfilling Isaiah 53:4). He spoke through parables (fulfilling Psalm 78:2). He came to Jerusalem riding on a donkey (fulfilling Zechariah 9:9). Matthew is very deliberate with his use of the Old Testament. So his citing of Hosea 11 must be more than just a connection with the word Egypt.

Jesus as the True Israel

So how do we make sense of this prophecy in Hosea and fulfillment in Matthew? The first step toward understanding Matthew’s purpose is to look more carefully at the word “fulfill.” The Greek word is pleroō. And it simply means to fill up. That’s what Matthew is at pains to demonstrate–that Jesus was filling up the Old Testament. Sometimes this meant very specifically that the Old Testament predicted the Messiah’s birthplace would be in Bethlehem and Jesus was, in fact, born in Bethlehem. There you go. That’s fulfillment. But fulfillment can be broader than that. It can refer to the filling up of the Old Testament; that is, the bringing to light what previously had been in shadows.
Take Mark 1:14-15, for example. “Now after John was arrested, Jesus came into Galilee, proclaiming the gospel of God, and saying, ‘The time is fulfilled, and the kingdom of God is at hand; repent and believe in the gospel.’” When Jesus said “the time is fulfilled,” he did not mean “right now a specific prediction of Scripture is coming to pass.” He meant, “with my preaching of the gospel, the time has been filled up and the kingdom is here. The Old Testament is reaching its climax.” Likewise, I don’t believe Matthew thought Jesus’ flight to Egypt was predicted in Hosea 11:1. But I do believe that Matthew thought Jesus’ flight to and return from Egypt was filling up Hosea 11:1.
So what exactly is Jesus fulfilling, or filling up in Matthew 2:15? Jesus, as Matthew correctly understands the situation, is filling up the redemptive historical purposes of the nation. In other words, Matthew can claim that this Hosea passage, which talks about the Exodus of Israel out of Egypt, is fulfilled in Jesus, because Jesus is the embodiment of Israel.

Matthew looked back and saw an analogical correspondence between the history of the nation Israel and the history of the Messiah…the Hosea 11:1 quotation by Matthew is not an example of arbitrary exegesis on the part of a New Testament writer. On the contrary Matthew looked back and carefully drew analogies between the events of the nation’s history and the historical incidents in the life of Jesus (Biliotheca Sacra143:325).

In the gospel of Matthew, Jesus is cast as the true and faithful Israel. Matthew is retelling Israel’s well known story, but he’s putting Jesus right in the middle as the main character in the story. Jesus is the new Israel.
Matthew clearly wants to portray Jesus as fulfilling Israel’s history and bringing it to a climax. Matthew didn’t think Hosea 11:1 was a direct prophecy about Jesus and his family going to Egypt. And Hosea certainly didn’t mean it as such. The passage is about Israel’s Exodus out of Egypt and about her subsequent idolatries and adulteries. Matthew understood that. He wasn’t trying to give Hosea 11 a new meaning. But he did see something Messianic in Hosea’s words. Jesus would be the faithful Son called out of Egypt, filling up what was lacking in the first faithless son, Israel. From his genesis to his exodus to his baptism in the Jordan to his forty days in the wilderness, Jesus was identifying himself with the covenant people. He was the embodiment of Israel.

With Him He Was Well Pleased

And so when Jesus fled Herod and went to Egypt, it brought to a climax the work of deliverance that began in the Exodus of Israel and was now coming to completion in the Exodus of Jesus. That’s why Matthew can say “this was to fulfill what was spoken by the prophet.” But whereas the first Israel, God’s son, broke the covenant and deserved God’s wrath, when God beholds his only begotten Son Jesus Christ, he says in Matthew 3:17, “This is my Son, whom I love; with him I am well pleased.”
Far from being a barely connected prophetic fulfillment, this word from Hosea 11 filled up in Matthew 2, is a robust piece of New Testament theology. This text says something weighty about the person of Jesus Christ. Jesus is the one who came to complete all that Israel was designed to perform. All the adulteries and idolatries and rebellion and waywardness that characterized Israel would be recast in the true Israel Jesus Christ. God sent his Son to do himself what his people could not do for themselves. This is the meaning of fulfillment of Hosea 11 and the true meaning of Immanuel, God with us.