Do Not Be Stiff-Necked

1 Whoever remains stiff-necked after many rebukes
will suddenly be destroyed—without remedy. 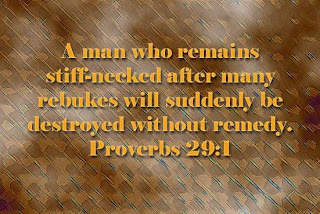 2When the righteous thrive, the people rejoice;
when the wicked rule, the people groan.
3A man who loves wisdom brings joy to his father,
but a companion of prostitutes squanders his wealth.
4By justice a king gives a country stability,
but those who are greedy fora bribes tear it down.
5Those who flatter their neighbors
are spreading nets for their feet.
6Evildoers are snared by their own sin,
but the righteous shout for joy and are glad.
7The righteous care about justice for the poor,
but the wicked have no such concern.
8Mockers stir up a city,
but the wise turn away anger.
9If a wise person goes to court with a fool,
the fool rages and scoffs, and there is no peace.
10The bloodthirsty hate a person of integrity
and seek to kill the upright.
11Fools give full vent to their rage,
but the wise bring calm in the end.
12If a ruler listens to lies,
all his officials become wicked.
13The poor and the oppressor have this in common:
The Lord Gives sight to the eyes of both.
14If a king judges the poor with fairness,
his throne will be established forever.
15 A rod and a reprimand impart wisdom,
but a child left undisciplined disgraces its mother.
16When the wicked thrive, so does sin,
but the righteous will see their downfall.
17Discipline your children, and they will give you peace;
they will bring you the delights you desire.
18Where there is no revelation, people cast off restraint;
but blessed is the one who heeds wisdom’s instruction. 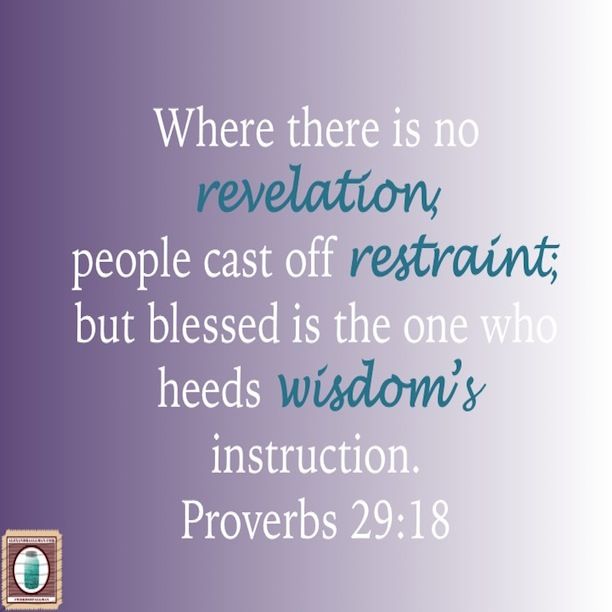 19Servants cannot be corrected by mere words;
though they understand, they will not respond.

20Do you see someone who speaks in haste?
There is more hope for a fool than for them. 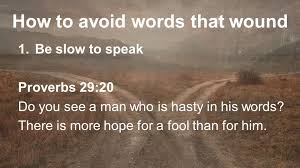 21A servant pampered from youth
will turn out to be insolent.
22An angry person stirs up conflict,
and a hot-tempered person commits many sins.
23Pride brings a person low,
but the lowly in spirit gain honor.
24The accomplices of thieves are their own enemies;
they are put under oath and dare not testify.

25Fear of man will prove to be a snare,
but whoever trusts In The LORD is kept safe.

26Many seek an audience with a ruler,
but it is from The Lord that one gets justice.
27The righteous detest the dishonest;
the wicked detest the upright.

The obstinacy of many wicked people in a wicked way is to be greatly lamented. They are often reproved by parents and friends, by magistrates and ministers, by the Providence of GOD and even by their own consciences, have had their sins set in order before them and fair warning given them of the consequences of them, but all in vain; they harden their necks.

Perhaps they fling away, and will not so much as give the reproof a patient hearing; or, if they do, yet they go on in the sins for which they are reproved; they will not bow their necks to the yoke, but they refuse reproof (Proverbs10:17), despise it (Proverbs 5:12), hate it, (Proverbs 12:1).

The issue of this obstinacy is to be greatly dreaded: Those that go on in sin, in spite of admonition, shall be destroyed; those that will not be reformed must expect to be ruined; if the rods answer not the end, expect the axes. They shall be suddenly destroyed, in the midst of their security, and without remedy; they have sinned against the preventing remedy, and therefore let them not expect any recovering remedy.

Hell is a remediless place for destruction. They shall be destroyed, and no healing. If GOD wounds, who can heal?