JESUS Is The BRANCH And The ROOT Of Jesse


The Branch From Jesse


1 A shoot will come up from the stump of Jesse;

from his roots A Branch Will Bear fruit.

2The SPIRIT of The LORD Will Rest On HIM—

The SPIRIT of Wisdom and of Understanding,

The SPIRIT of the Knowledge and Fear of The LORD—

3and HE Will Delight in the Fear of The LORD.

HE Will Not Judge by What HE Sees with HIS Eyes,

or Decide by What HE Hears with HIS Ears;

4but with Righteousness HE Will Judge the needy,

with Justice HE Will Give Decisions for the poor of the

HE Will Strike the earth with the Rod of HIS Mouth;

with the Breath of HIS Lips HE Will Slay the wicked.

5Righteousness Will Be HIS Belt

and Faithfulness the sash around HIS Waist.

6The wolf will live with the lamb,
the leopard will lie down with the goat,
the calf and the lion and the yearling together;
and a little child will lead them. 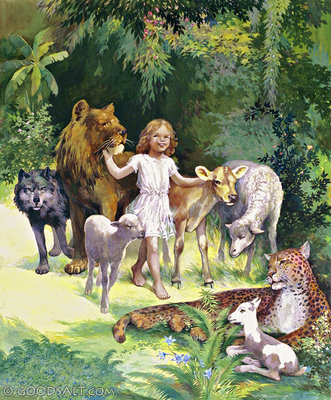 7The cow will feed with the bear,
their young will lie down together,
and the lion will eat straw like the ox. 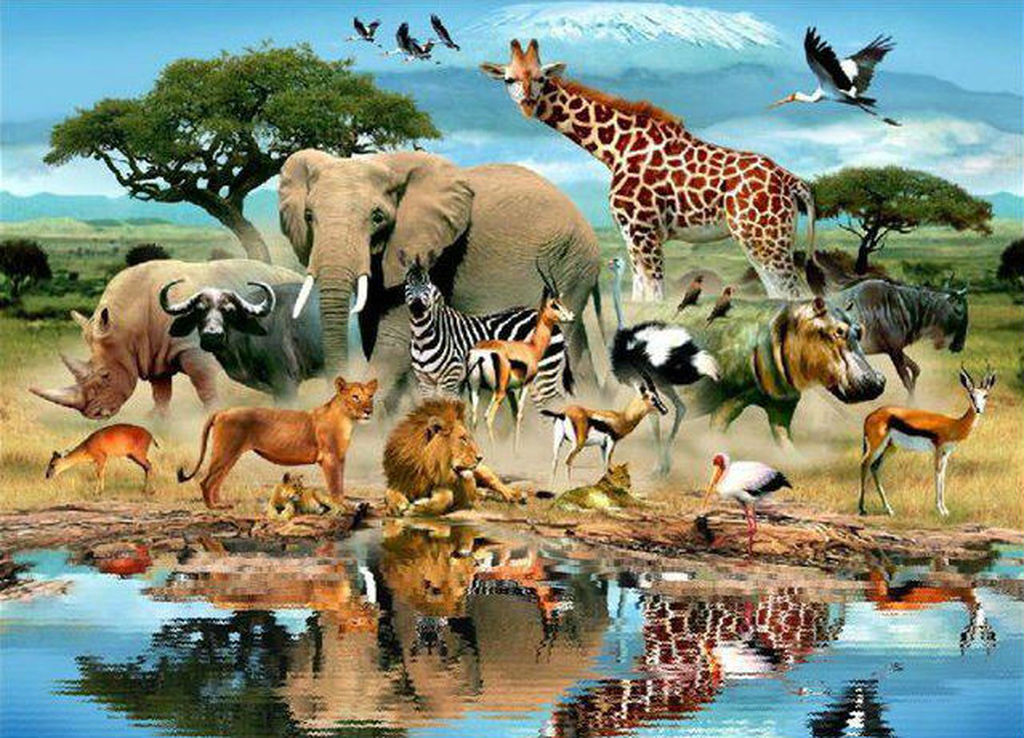 8The infant will play near the cobra’s den,
and the young child will put its hand into the viper’s nest. 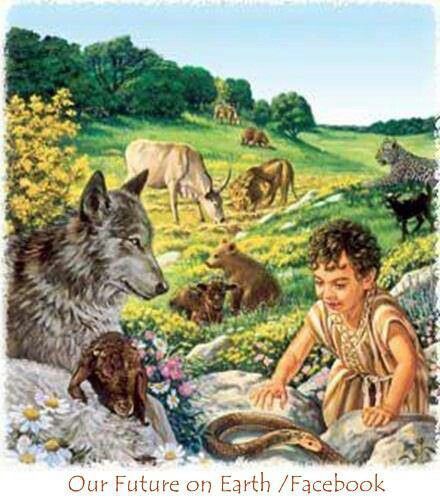 9They will neither harm nor destroy
on all MY Holy Mountain, 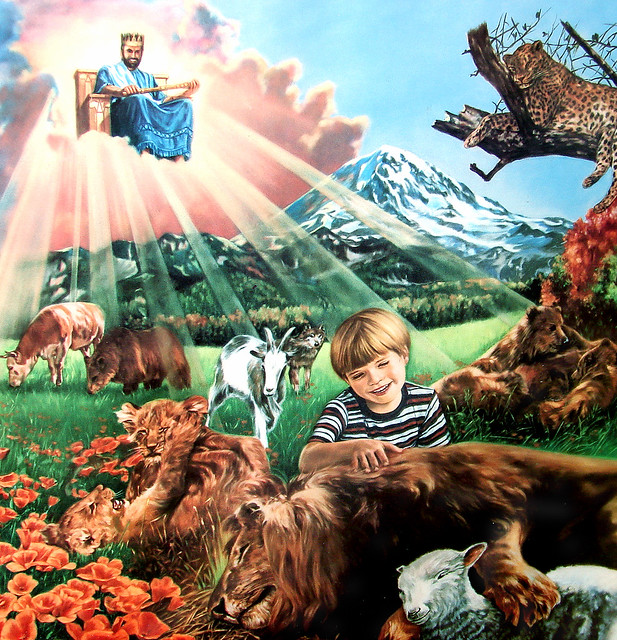 for the earth will be filled with the Knowledge of The LORD
as the waters cover the sea. 10In that day the ROOT of Jesse will stand as a banner for the peoples; the nations will rally to HIM, and HIS Resting Place Will Be Glorious. 11In that day The LORD Will Reach Out HIS Hand a second time to reclaim the surviving remnant of HIS people from Assyria, from Lower Egypt, from Upper Egypt, from Cush,b from Elam, from Babylonia,c from Hamath and from the islands of the Mediterranean.

12HE Will Raise a banner for the nations
and Gather the exiles of Israel; 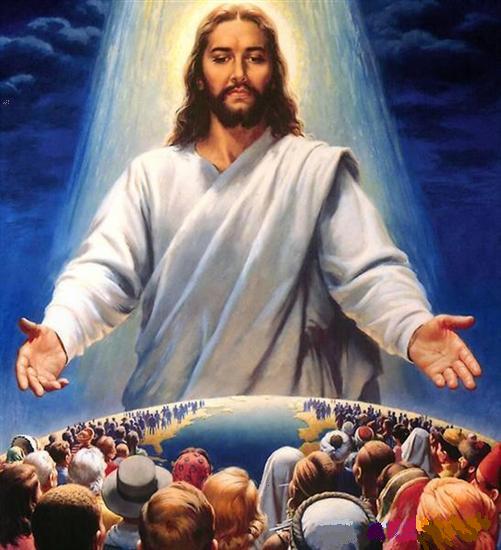 HE Will Assemble the scattered people of Judah
from the four quarters of the earth.
13Ephraim’s jealousy will vanish,
and Judah’s enemies will be destroyed;
Ephraim will not be jealous of Judah,
nor Judah hostile toward Ephraim.
14They will swoop down on the slopes of Philistia to the west;
together they will plunder the people to the east.
They will subdue Edom and Moab,
and the Ammonites will be subject to them.
15The LORD Will Dry Up
the gulf of the Egyptian sea;
with a scorching wind HE Will Sweep HIS Hand
over the Euphrates River.
HE Will Break it Up into seven streams
so that anyone can cross over in sandals.
16There will be a highway for the remnant of HIS people
that is left from Assyria,
as there was for Israel
when they came up from Egypt.


This chapter Isaiah 11 is connected with the preceding as part of the same general prophecy. In that, the Prophet had described the invasion of Sennacherib, and had given the assurance that Jerusalem should be safe, notwithstanding the threatened invasion. The general design of that prophecy was "to console the people with the assurance of their deliverance from impending calamity." But it was a general principle with the Hebrew prophets, and particularly with Isaiah, when "any" event tending to console the people, or to excite the nation's gratitude, occurred, to cast the eye forward to that great future deliverance which they anticipated under The MESSIAH;

The contemplation of "present" objects dies away; the mind fixes more intently on the Glories of The MESSIAH'S Reign; the prophetic vision ranges over the beauties of HIS Person, and the Glories of HIS Kingdom, until the prophet seems to have forgotten the subject with which he commenced.

This was perfectly natural. It was by an obvious law of association in the mind, by which the mention of deliverance, in any form, however humble, would suggest that great deliverance on which the eye of every Jew would rest. It follows, that wherever the prophet begins, he usually ends with a glowing description of the Glorious Reign of The MESSIAH. However far from this central object of revealed religion he may commence, yet there is a tendency everywhere "to it" in the prophetic writings; and the moment that, by any law of association, this object is suggested, or the eye catches a glimpse of it, the former object sinks out of view, and The Person and Reign of The MESSIAH becomes the sole theme of the prophetic description.

This is the case here. Isaiah had commenced the prophecy with an account of the invasion of Sennacherib; Isaiah 10:5. He had described the deliverance from that danger; Isaiah 10:33-34. The mention of this deliverance directs his thoughts to that far greater deliverance which would take place under The MESSIAH; and immediately Isaiah 11 he commences a glowing description of HIS Coming and HIS Reign. The "language" with which he commenced the prophecy, is retained; the illustrations are drawn from the subject "before" under consideration; but the description pertains to the Glories of The Reign of The MESSIAH. The proof of this will appear in the note at particular passages in the chapter. Its general design is, to console the people by the prospect of a great future deliverance under The MESSIAH, and by a prospect of the Glosses of HIS Reign.

(ii) The peace and prosperity which would follow from HIS Advent; Isaiah 11:6-9.

(iii) The fact that, the Gentiles would he called to partake of the privileges of HIS Reign; Isaiah 11:10.

(iv) The restoration of the exiles to their native land under HIS Reign; Isaiah 11:11-12.

(v) The fact, that HIS Reign would put a period to dissensions and strife between the contending nations of the Jews; Isaiah 11:13; and

(vi) The universal prevalence of HIS Rule, and the Deliverance of HIS people; Isaiah 11:14-16.