עִמָּנוּאֵל‬ JESUS Is IMMANUEL - GOD With Us

1When Ahaz son of Jotham, the son of Uzziah, was king of Judah, King Rezin of Aram and Pekah son of Remaliah king of Israel marched up to fight against Jerusalem, but they could not overpower it.

2Now the house of David was told, “Aram has allied itself witha Ephraim”; so the hearts of Ahaz and his people were shaken, as the trees of the forest are shaken by the wind.

3Then The LORD Said to Isaiah, “Go out, you and your son Shear-Jashub,b to meet Ahaz at the end of the aqueduct of the Upper Pool, on the road to the Launderer’s Field. 4Say to him, ‘Be careful, keep calm and don’t be afraid. Do not lose heart because of these two smoldering stubs of firewood—because of the fierce anger of Rezin and Aram and of the son of Remaliah. 5Aram, Ephraim and Remaliah’s son have plotted your ruin, saying, 6“Let us invade Judah; let us tear it apart and divide it among ourselves, and make the son of Tabeel king over it.”

7Yet This Is What The SOVEREIGN LORD Says:

10Again The LORD Spoke to Ahaz,

11 “Ask The LORD your GOD for a sign, whether in the deepest depths or in the highest heights.”

“I will not ask; I will not put The LORD to the test.”

13Then Isaiah said, “Hear now, you house of David! Is it not enough to try the patience of humans? Will you try the Patience of my GOD also?

14Therefore The LORD HIMSELF Will Give you a Sign: 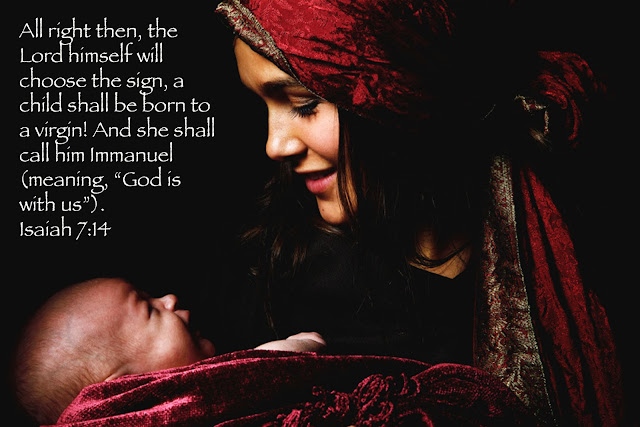 The virgin will conceive and give birth to a SON, and will call HIM IMMANUEL. 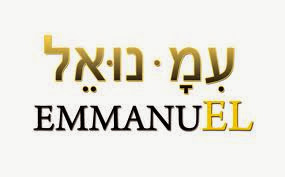 
18In that day The LORD Will Whistle for flies from the Nile delta in Egypt and for bees from the land of Assyria. 19They will all come and settle in the steep ravines and in the crevices in the rocks, on all the thornbushes and at all the water holes. 20In that day The Lord Will Use a razor hired from beyond the Euphrates River—the king of Assyria—to shave your heads and private parts, and to cut off your beards also. 21In that day, a person will keep alive a young cow and two goats. 22And because of the abundance of the milk they give, there will be curds to eat. All who remain in the land will eat curds and honey. 23In that day, in every place where there were a thousand vines worth a thousand silver shekels,g there will be only briers and thorns. 24Hunters will go there with bow and arrow, for the land will be covered with briers and thorns. 25As for all the hills once cultivated by the hoe, you will no longer go there for fear of the briers and thorns; they will become places where cattle are turned loose and where sheep run.

The king of Judah and the royal family being in the utmost consternation on receiving the news of the invasion of the kings of Syria and Israel, the prophet is sent to assure them that GOD Would Make good HIS Promises to David and his house; so that, although they might be corrected, they could not be destroyed, while these prophecies remained to be accomplished, Isaiah 7:1-9.

The LORD Gives Ahaz a sign that the confederacy against Judah shall be broken, which sign strikingly points out


the Miraculous Conception of The MESSIAH, WHO Was


Prediction of very heavy calamities which the Assyrians would inflict upon the land of Judea, Isaiah 7:17-25.

The confederacy of Rezin, king of Syria, and Pekah, king of Israel, against the kingdom of Judah, was formed in the time of Jotham; and perhaps the effects of it were felt in the latter part of his reign; see 2 Kings 15:37, Isaiah 1:7-9. However, in the very beginning of the reign of Ahaz, they jointly invaded Judah with a powerful army, and threatened to destroy or to dethrone the house of David. The king and royal family being in the utmost consternation on receiving advises of their designs, Isaiah is sent to them to support and comfort them in their present distress, by assuring them that GOD Would Make good HIS Promises to David and his house.

This makes the subject of this (7), and the following(8), and the beginning of the ninth chapters, in which there are many and great difficulties;

Chapter 7 begins with an historical account of the occasion of this prophecy; and then follows, Isaiah 7:4-16, a prediction of the designs of the Israelites and Syrians against Judah; and from thence to the end of the chapter, a denunciation of the calamities to be brought upon the king and people of Judah by the Assyrians, whom they had now hired to assist them.

Chapter 8 has a pretty close connection with the foregoing; it contains a confirmation of the prophecy before the approaching destruction of the kingdoms of Israel and Syria by the Assyrians, of the denunciation of the invasion of Judah by the same Assyrians. Isaiah 8:9, Isaiah 8:10, give a repeated general assurance, that all the designs of the enemies of GOD'S people shall be in the end disappointed and brought to naught; Isaiah 8:11, admonitions and threatening, concluding with an illustrious prophecy Isaiah 9:1-6, of


The Manifestation of MESSIAH, the Transcendent

Dignity of HIS Character, and the Universality and

Eternal Duration of HIS Kingdom.