JESUS Will Reign On Mount Zion With Great Glory


The LORD'S Devastation of the Earth


1See, The LORD Is Going To Lay Waste the earth

HE Will Ruin its face

and Scatter its inhabitants— 2it will be the same
for priest as for people,
for the master as for his servant,
for the mistress as for her servant,
for seller as for buyer,
for borrower as for lender,
for debtor as for creditor.
3The earth will be completely laid waste
and totally plundered.

The LORD Has Spoken this WORD.

5The earth is defiled by its people;
they have disobeyed the Laws,
violated the Statutes
and broken the Everlasting Covenant.

6Therefore a curse consumes the earth;
its people must bear their guilt.
Therefore earth’s inhabitants are burned up,
and very few are left.

7The new wine dries up and the vine withers;
all the merrymakers groan.
8The joyful timbrels are stilled,
the noise of the revelers has stopped,
the joyful harp is silent.
9No longer do they drink wine with a song;
the beer is bitter to its drinkers.
10The ruined city lies desolate;
the entrance to every house is barred.
11In the streets they cry out for wine;
all joy turns to gloom,
all joyful sounds are banished from the earth.
12The city is left in ruins,
its gate is battered to pieces.
13So will it be on the earth
and among the nations,
as when an olive tree is beaten,
or as when gleanings are left after the grape harvest.

14They raise their voices, they shout for joy;

from the west they acclaim The LORD'S MAJESTY. 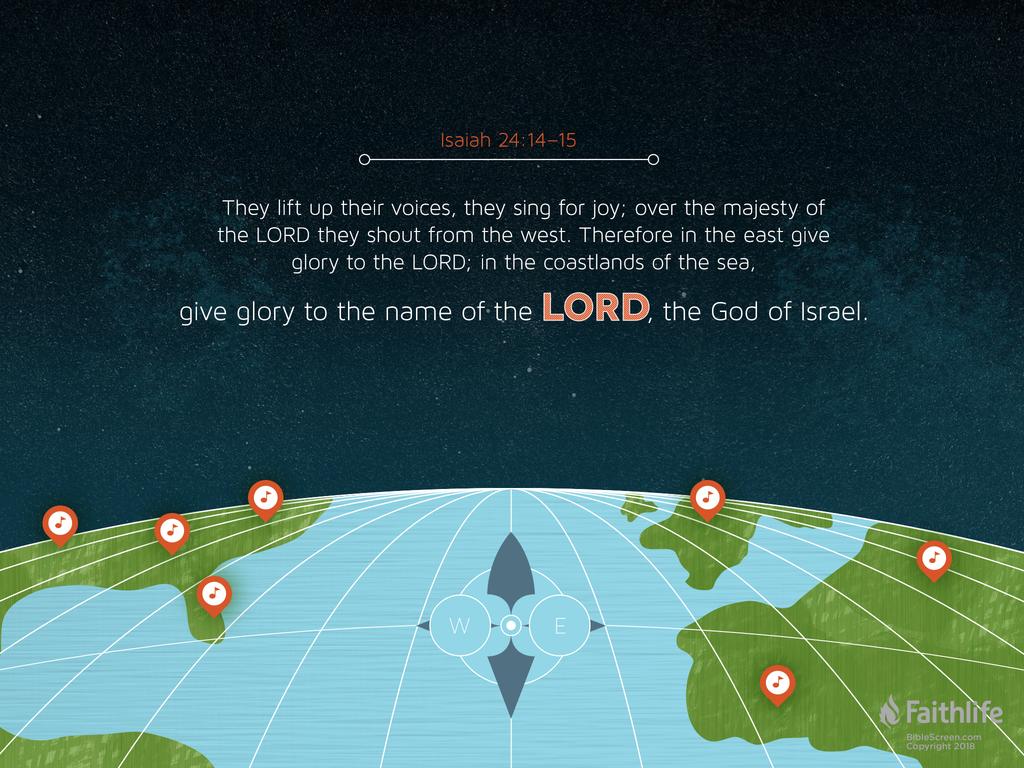 15Therefore in the east give Glory to The LORD;

Exalt The Name of The LORD, The GOD of Israel,

in the islands of the sea.

16From the ends of the earth we hear singing:

“Glory to The RIGHTEOUS ONE.”

But I said, “I waste away, I waste away!
Woe to me!
The treacherous betray!
With treachery the treacherous betray!”
17Terror and pit and snare await you,
people of the earth.
18Whoever flees at the sound of terror
will fall into a pit;
whoever climbs out of the pit
will be caught in a snare.
The floodgates of the heavens are opened,
the foundations of the earth shake.
19The earth is broken up,
the earth is split asunder,

the earth is violently shaken.
20The earth reels like a drunkard, 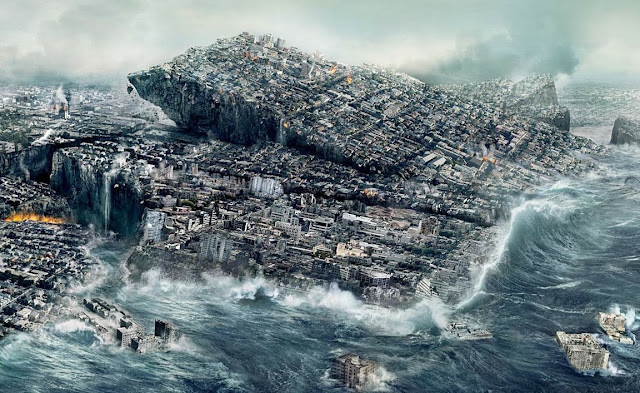 so heavy upon it is the guilt of its rebellion
that it falls—never to rise again.

21 In that day The LORD Will Punish
the powers in the heavens above
and the kings on the earth below.
22They will be herded together
like prisoners bound in a dungeon;
they will be shut up in prison
and be punished after many days.

23The moon will be dismayed,
the sun ashamed;
for The LORD ALMIGHTY Will Reign
on Mount Zion and in Jerusalem,
and before its elders—with Great Glory.


Dreadful judgments impending over the people of GOD, Isaiah 24:1-4. Particular enumeration of the horrid impieties which provoked the Divine Vengeance, Isaiah 24:5, Isaiah 24:6. Great political wretchedness of the transgressors, Isaiah 24:7-12. The calamities shall be so great that only a small remnant shall be left in the land, as it were the gleanings of the vintage, Isaiah 24:13.

The rest, scattered over the different countries, spread there the Knowledge of GOD, Isaiah 24:14-16. Strong figures by which the great distress and long captivity of the transgressors are set forth, Isaiah 24:17-22.