A Prophecy Against Babylon 1A prophecy against the Desert by the Sea: Like whirlwinds sweeping through the southland,
an invader comes from the desert,
from a land of terror.

2A dire vision has been shown to me:
The traitor betrays, the looter takes loot.
Elam, attack! Media, lay siege!

I Will Bring to an end all the groaning she caused.
3At this my body is racked with pain,
pangs seize me, like those of a woman in labor;
I am staggered by what I hear,
I am bewildered by what I see.
4My heart falters,
fear makes me tremble;
the twilight I longed for
has become a horror to me.
5They set the tables,
they spread the rugs,
they eat, they drink!
Get up, you officers,
oil the shields!

6This Is What The LORD Says To me:

and have him report what he sees.

7When he sees chariots

with teams of horses,

or riders on camels,

let him be alert,

8And the lookout shouted,
“Day after day, my lord, I stand on the watchtower;
every night I stay at my post.

9Look, here comes a man in a chariot
with a team of horses.
And he gives back the answer:
‘Babylon has fallen, has fallen!
All the images of its gods
lie shattered on the ground!’ ”

10My people who are crushed on the threshing floor,
I tell you what I have heard
from The LORD ALMIGHTY,
from The GOD of Israel.

A Prophecy Against Edom 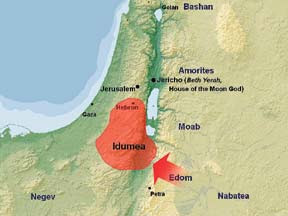 A Prophecy Against Arabia 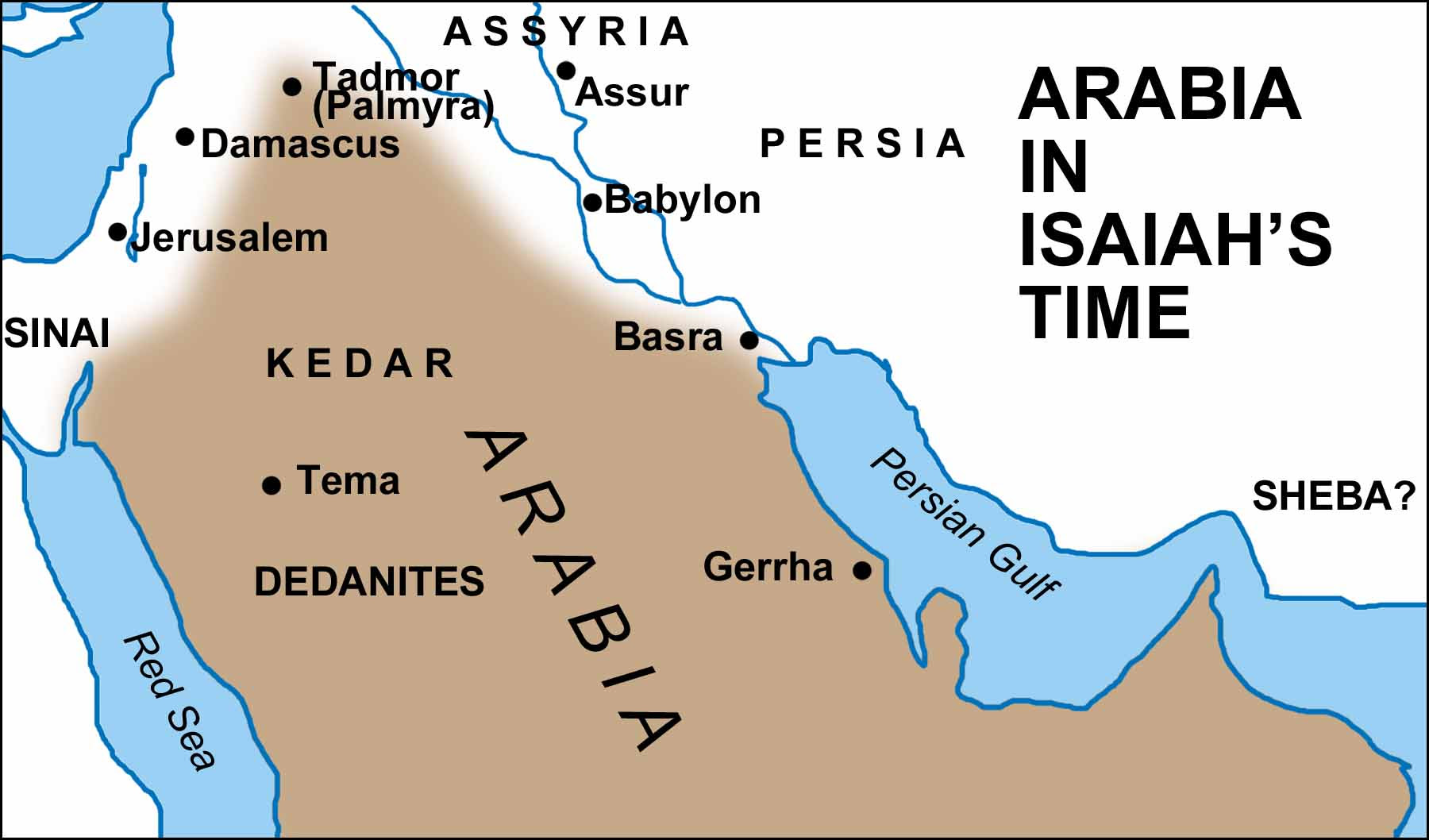 13A prophecy against Arabia:

You caravans of Dedanites,
who camp in the thickets of Arabia, 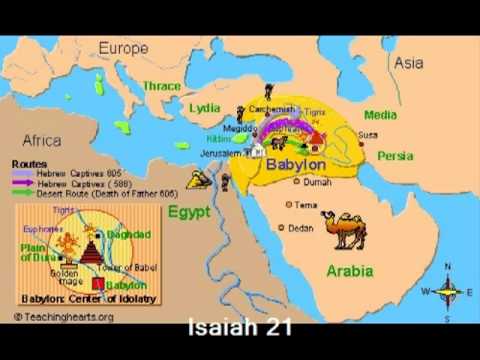 16This Is What The LORD Says To me:


“Within one year, as a servant bound by contract would

count it, all the splendor of Kedar will come to an end.


17The survivors of the archers, the warriors of Kedar,

The LORD, The GOD of Israel, Has Spoken.


This chapter contains prophecies against Babylon, Idumea (Edom), and Arabia.

The prophecy against Babylon is called "the burden of the desert of the sea"; whose enemies are described by the fierce manner of their coming, and by the land from whence they came, Isaiah 21:1which vision being declared to the prophet, is called a grievous one; what made it so was treachery among themselves; and the Medes and Persians are invited to besiege them, Isaiah 21:2 their terror and distress upon it are represented by the pains of a woman in travail, whom the prophet personates, Isaiah 21:3 and by the methods they took to defend themselves, to which they were alarmed, when in the greatest security and jollity, Isaiah 21:5 all which is illustrated by the vision of the watchman, who saw the Medes and Persians on the march, signified by a chariot and a couple of horsemen, who declares the fall of Babylon, and the destruction of its gods, Isaiah 21:6which would issue in the good and comfort of the church and people of God, Isaiah 21:10.

Then follows the prophecy against Idumea (Edom), which consists of a question put to the watchman, and his answer to it; to which an exhortation is added, Isaiah 21:11 and the chapter concludes with another prophecy against Arabia: the calamities threatened are lodging in a forest, thirst, famine, and fleeing from the sword Isaiah 21:13, and the time is fixed when all this should be, by which their glory would fail, and the number of their archers and mighty men be lessened; for the Confirmation of which the Divine Testimony Is Annexed, Isaiah 21:16.