JESUS Heals on The Sabbath


1Another time JESUS Went into the synagogue, and a man with a shriveled hand was there.


2Some of them were looking for a reason to accuse JESUS, so they watched HIM closely to see If HE Would Heal him on the Sabbath.


3JESUS Said to the man with the shriveled hand,

“Stand up in front of everyone.”

4Then JESUS Asked them,


“Which is lawful on the Sabbath: to do good or to do evil, to save life or to kill?”


But they remained silent.

5HE Looked Around at them in Anger and, deeply Distressed at their stubborn hearts,


Said to the man,


“Stretch out your hand.” 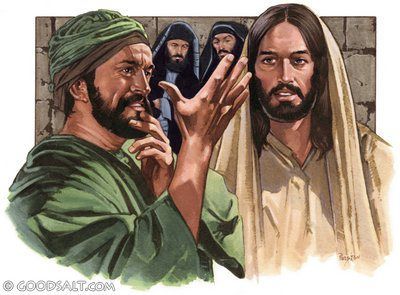 6Then the Pharisees went out and began to plot with the Herodians how they might kill JESUS.

7JESUS Withdrew with HIS disciples to the lake, and a large crowd from Galilee followed. 8When they heard about all HE Was Doing, many people came to HIM from Judea, Jerusalem, Idumea, and the regions across the Jordan and around Tyre and Sidon. 9Because of the crowd HE Told HIS disciples to have a small boat ready for HIM, to keep the people from crowding HIM. 10For HE Had Healed many, so that those with diseases were pushing forward to touch HIM.


11Whenever the impure spirits saw HIM, they fell down before HIM and cried out,


12But HE Gave them strict orders not to tell others about HIM.


13JESUS Went Up on a mountainside and Called to HIM those HE Wanted, and they came to Him.


14HE Appointed twelvea that they might be with HIM and that HE Might Send them out to preach 15and to have authority to drive out demons. 16These are the twelve HE Appointed: Simon (to whom HE Gave the name Peter), 17James son of Zebedee and his brother John (to them HE Gave the name Boanerges, which means “sons of thunder”), 18Andrew, Philip, Bartholomew, Matthew, Thomas, James son of Alphaeus, Thaddaeus, Simon the Zealot 19and Judas Iscariot, who betrayed HIM. JESUS Accused by HIS Family and by Teachers of the Law


20Then JESUS Entered a house, and again a crowd gathered, so that HE and HIS disciples were not even able to eat.


21When HIS family heard about this, they went to take charge of HIM,

22And the teachers of the Law who came down from Jerusalem said,


“HE Is Possessed by Beelzebul!
By the prince of demons HE Is Driving Out demons.”

23So JESUS Called them over to HIM and Began to speak to them in parables:


“How can satan drive out satan?

26And if satan opposes himself and is divided, he cannot stand; his end has come.

28Truly I tell you, people can be forgiven all their sins and every slander they utter,

29But whoever blasphemes against The HOLY SPIRIT Will Never Be Forgiven; they are guilty of an eternal sin.”

30 HE Said this because they were saying,

“HE Has an impure spirit.”

31Then JESUS’ mother and brothers arrived. Standing outside, they sent someone in to call HIM.


32A crowd was sitting around HIM, and they told HIM,


“YOUR mother and brothers are outside looking for YOU.”

33“Who are MY mother and MY brothers?”

34Then HE Looked At those seated in a circle around HIM and Said,

“Here are MY mother and MY brothers!

35 Whoever does GOD’S Will is MY brother and sister and mother.” 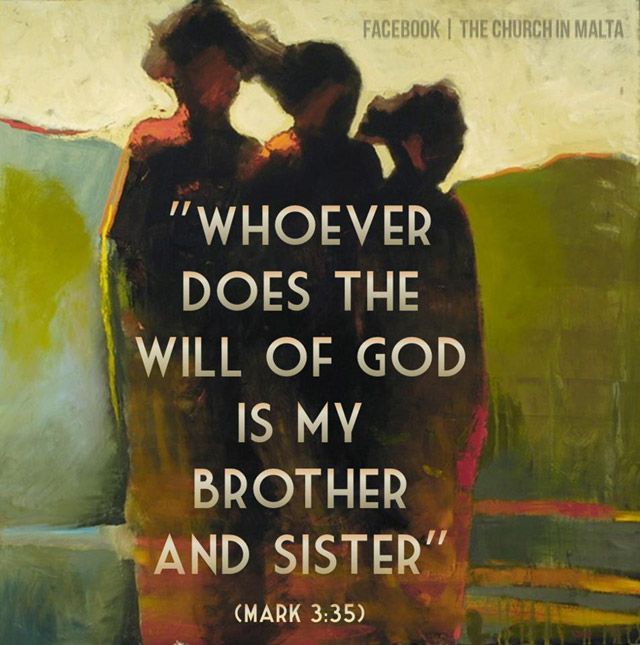