The Destruction of The Temple and Signs of the End Times

1JESUS Left The Temple and Was Walking Away when HIS disciples came up to HIM to call HIS attention to its buildings.


“Truly I tell you, not one stone here will be left on

another; every one will be thrown down.” 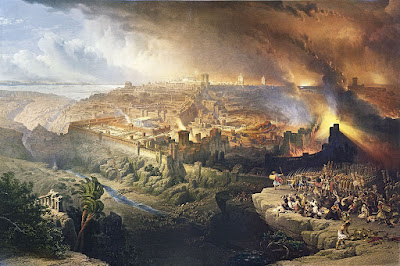 3As JESUS Was Sitting on the Mount of Olives, the disciples came to HIM privately.


“Tell us,” they said, “when will this happen, and what will be the sign of YOUR Coming and of the end of the age?”


“Watch out that no one deceives you. 5For many will come in MY Name, claiming, ‘I am the messiah,’ and will deceive many. 6You will hear of wars and rumors of wars, but see to it that you are not alarmed. Such things must happen, but the end is still to come. 7Nation will rise against nation, and kingdom against kingdom. There will be famines and earthquakes in various places. 8All these are the beginning of birth pains.

10At that time many will turn away from the faith and will betray and hate each other, 11and many false prophets will appear and deceive many people. 12Because of the increase of wickedness, the love of most will grow cold, 13but the one who stands firm to the end will be saved.

14 And This Gospel of The KINGDOM will be preached

in the whole world 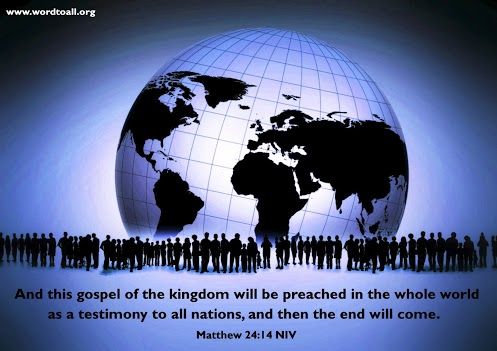 as a testimony to all nations, 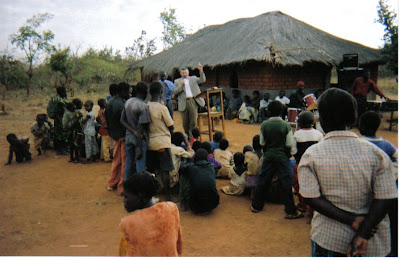 And then the end will come. 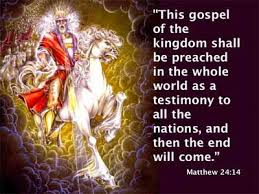 15“So when you see standing in the Holy Place ‘the abomination that causes desolation,’a spoken of through the prophet Daniel—let the reader understand— 16then let those who are in Judea flee to the mountains. 17Let no one on the housetop go down to take anything out of the house. 18Let no one in the field go back to get their cloak. 19How dreadful it will be in those days for pregnant women and nursing mothers!20Pray that your flight will not take place in winter or on the Sabbath. 21For then there will be great distress, unequaled from the beginning of the world until now—and never to be equaled again.

22“If those days had not been cut short, no one would survive, but for the sake of the elect those days will be shortened. 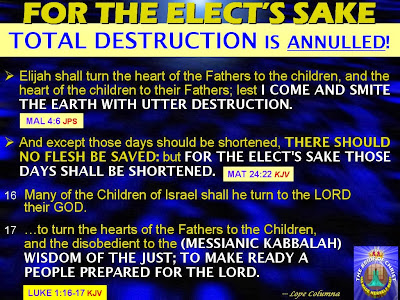 23At that time if anyone says to you, ‘Look, Here is The Messiah!’ or, ‘There HE Is!’ do not believe it. 24For false messiahs and false prophets will appear and perform great signs and wonders to deceive, if possible, even the elect. 25See, I have told you ahead of time.


27For as lightning that comes from the

east is visible even in the west,

So Will Be The Coming of The SON of 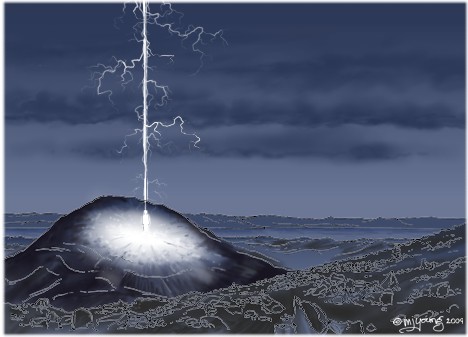 28Wherever there is a carcass, there the vultures will

29“Immediately after the distress of those days

“ ‘the sun will be darkened,

and the moon will not give its light;

the stars will fall from the sky,

and the heavenly bodies will be shaken.’

30“Then will appear the Sign of The SON of Man in Heaven. And then all the peoples of the earthc will mourn when they see The SON of Man Coming on the Clouds of Heaven, with Power and Great Glory.d 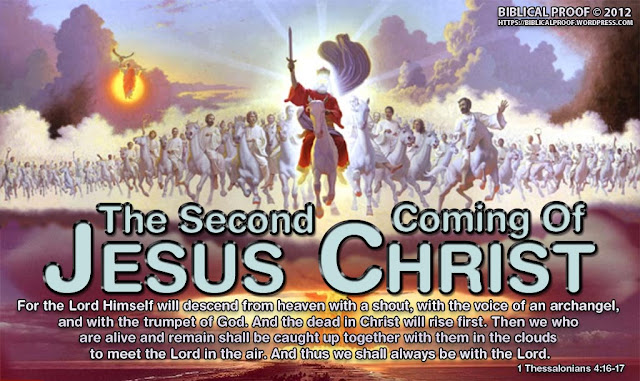 31And HE Will Send HIS angels with a loud trumpet call, and they will gather HIS Elect from the four winds, from one end of the heavens to the other. 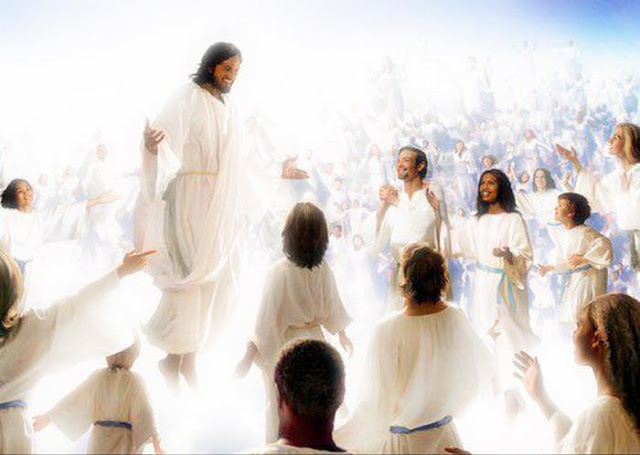 32“Now learn this lesson from the fig tree: As soon as its twigs get tender and its leaves come out, you know that summer is near. 33Even so, when you see all these things, you know that ite is near, right at the door. 34Truly I tell you, this generation will certainly not pass away until all these things have happened. 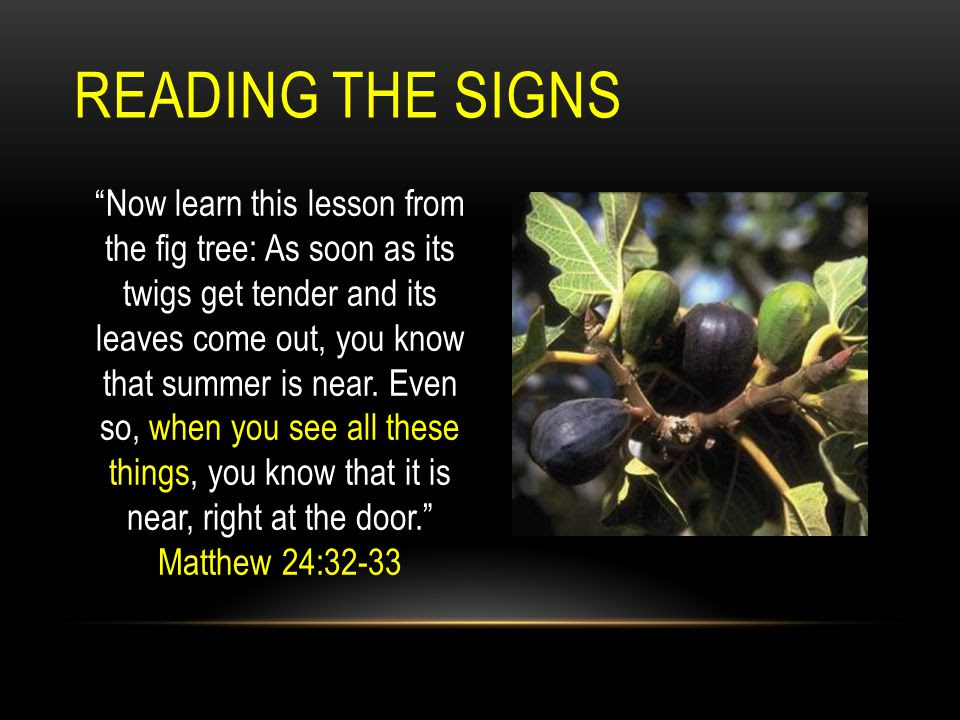 35 Heaven and earth will pass away, But

MY WORDS Will Never Pass Away.


The Day and Hour Unknown


36“ But about that day or hour no one knows, not even the angels in Heaven, nor The SON,


But Only The FATHER.

42“Therefore keep watch, because you

do not know on what day your LORD 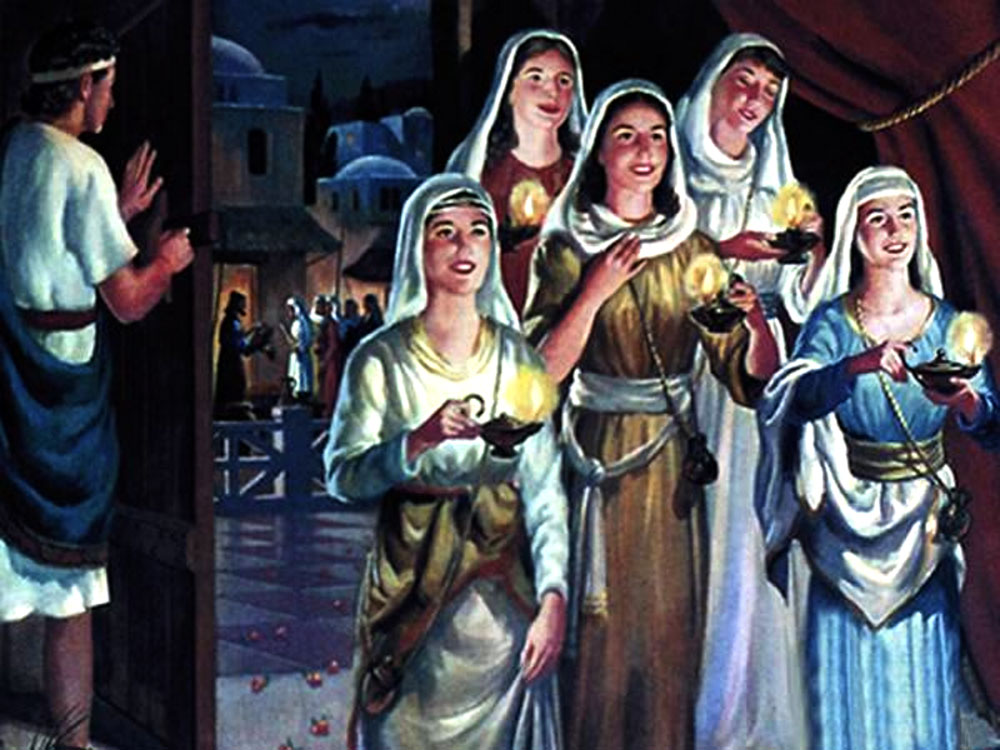 43But understand this: If the owner of the house had known at what time of night the thief was coming, he would have kept watch and would not have let his house be broken into. 44So you also must be ready, because The SON of Man Will Come at an hour when you do not expect HIM.

45“Who then is the faithful and wise servant, whom the master has put in charge of the servants in HIS Household to give them their food at the proper time? 46It will be good for that servant whose Master Finds him doing so When HE Returns. 47Truly I Tell you, HE Will Put him in charge of all HIS Possessions. 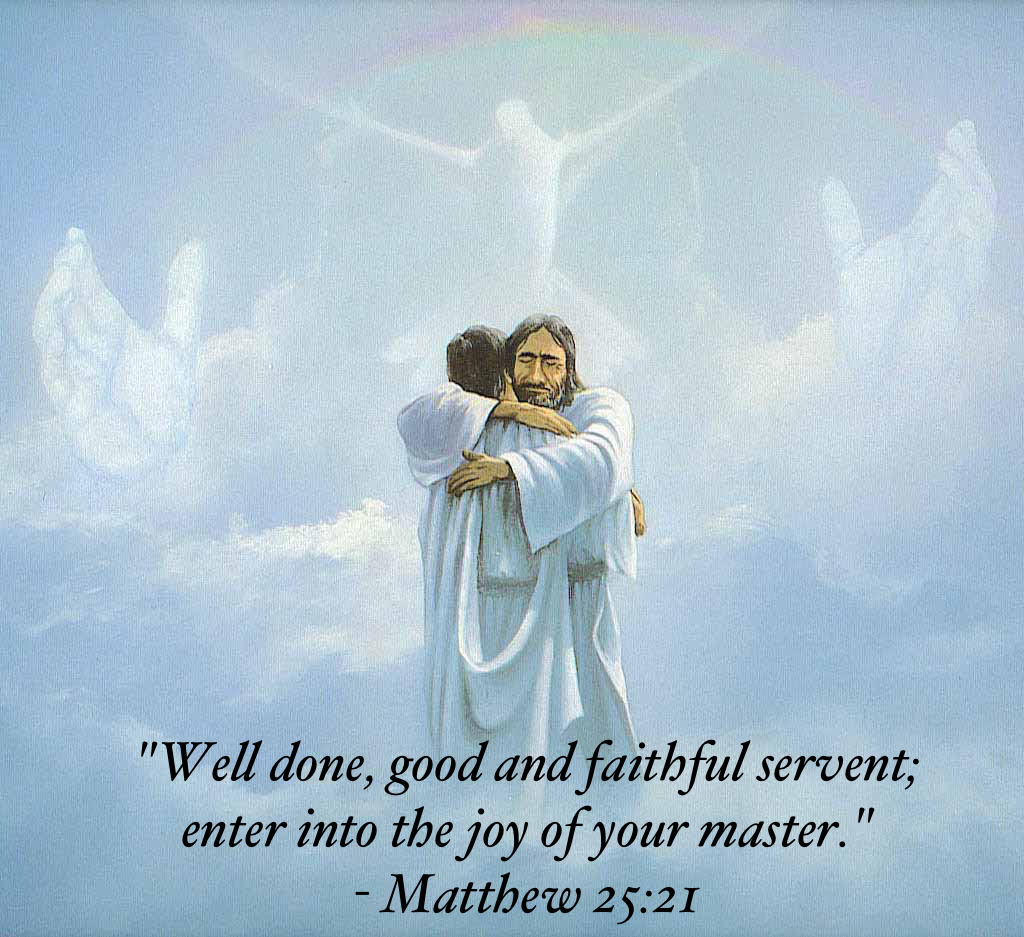 48But suppose that servant is wicked and says to himself, ‘My master is staying away a long time,’ 49and he then begins to beat his fellow servants and to eat and drink with drunkards.


50The Master of that servant Will Come on a day when he does not expect HIM and at an hour he is not aware of.


51HE Will Cut him to pieces and assign him a place with the hypocrites, where there will be weeping and gnashing of teeth.

The Day and Hour Unknown

No, not the angels of heaven; who dwell there, always behold the Face of GOD, stand in HIS Presence ready to do HIS Will, and are made acquainted with many of HIS designs, and are employed in the executing of them, and yet they do know not the time of GOD'S vengeance on the Jews; to this agrees the sense that is given of the Day of Vengeance.

I Have Trodden the wine trough alone, And from the peoples there was no man with ME. I also Trod them in MY Anger And Trampled them in MY Wrath; And their lifeblood is sprinkled on MY Garments, And I Stained all MY Raiment.  "For the Day of Vengeance Was In MY Heart, and MY Year of Redemption Has Come.

The Ethiopic version adds here, "nor The SON", which seems to be transcribed from Mark 13:32 where that phrase stands; and must be understood of CHRIST as The SON of Man, and not as The SON of GOD; for as such, HE Lay in the Bosom of the FATHER, and knew all HIS Purposes and Designs; for these were purposed in HIS: HE Knew from the beginning who would betray HIM, and who would believe in HIM; HE Knew what would befall the rejecters of HIM, and when that would come to pass; as HE Must Know also the day of the Last Judgment, since it is appointed by GOD, and HE Is Ordained to execute it.

But the sense is, that as HE, as Man and Mediator, Came not to destroy, but to save; so it was not any part of HIS Work, as such, to Know, nor Had HE it in commission to make known the time of Jerusalem's ruin: