THE LORD NEEDS IT


JESUS Comes to Jerusalem as KING

1As they approached Jerusalem and came to Bethphage and Bethany at the Mount of Olives, JESUS Sent two of HIS disciples,


“Go to the village ahead of you, and just as you enter it, you will find a colt tied there, which no one has ever ridden. Untie it and bring it here.


3If anyone asks you,

‘Why are you doing this?’

‘The LORD Needs It And Will Send it 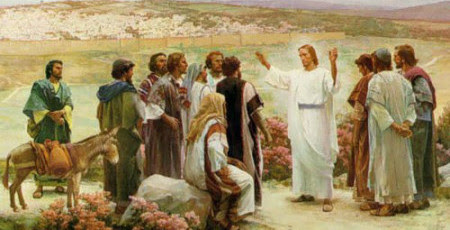 4They went and found a colt outside in the street, tied at a doorway. As they untied it, 5some people standing there asked, “What are you doing, untying that colt?” 6They answered as JESUS Had Told them to, and the people let them go. 7When they brought the colt to JESUS and threw their cloaks over it, HE Sat On it.8Many people spread their cloaks on the road, while others spread branches they had cut in the fields.

9Those who went ahead and those who followed shouted, 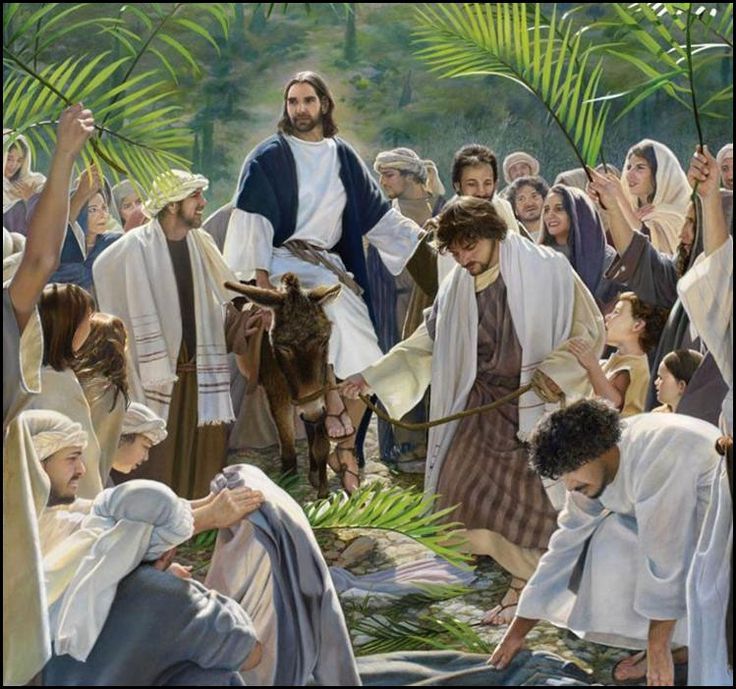 “Blessed Is HE WHO Comes In The Name of The LORD!”

10“Blessed Is The Coming KINGDOM of our father David!”

“Hosanna In The Highest Heaven!” 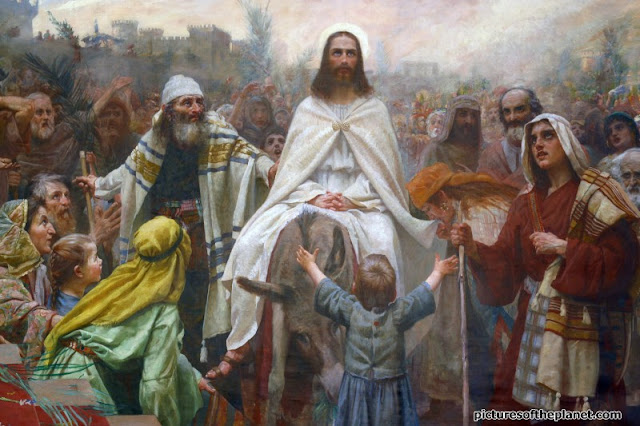 11JESUS Entered Jerusalem and Went into The Temple courts. HE Looked Around at everything, but since it was already late, HE Went Out to Bethany with the Twelve.

JESUS Curses a Fig Tree and Clears the Temple Courts


12The next day as they were leaving Bethany, JESUS Was Hungry. 13Seeing in the distance a fig tree in leaf, HE Went To Find Out if it had any fruit. When HE Reached it, HE Found nothing but leaves, because it was not the season for figs.

14Then HE Said to the tree,


“May no one ever eat fruit from you again.”


And HIS disciples heard HIM Say it. 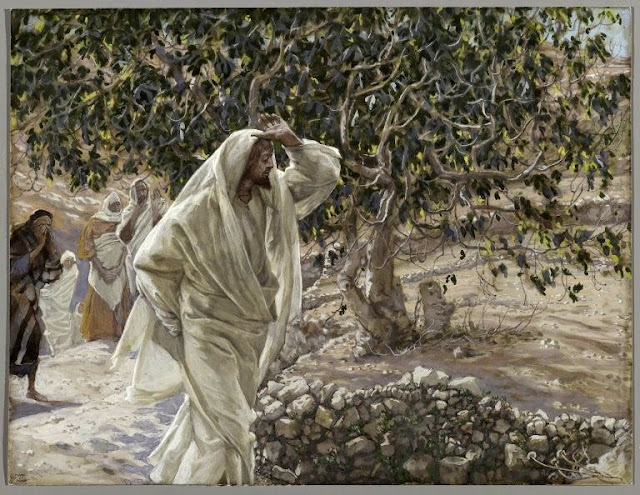 15On reaching Jerusalem, JESUS Entered The Temple courts and Began Driving Out those who were buying and selling there. HE Overturned the tables of the money changers and the benches of those selling doves,16and Would Not Allow anyone to carry merchandise through The Temple courts.

17And As HE Taught them, 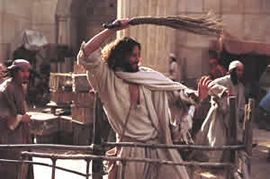 “Is it not written:

‘MY House Will Be Called a House of Prayer for all

But you have made it ‘a den of robbers.’”

18The chief priests and the teachers of the Law heard this and began looking for a way to kill HIM, for they feared HIM, because the whole crowd was amazed at HIS Teaching.

19When evening came, JESUS and HIS disciplese went out of the city.

20In the morning, as they went along, they saw the fig tree withered from the roots.


21Peter remembered and said to JESUS, “Rabbi, look! The fig tree you cursed has withered!”


23“Truly I tell you, if anyone says to this mountain, ‘Go, throw yourself into the sea,’ and does not doubt in their heart but believes that what they say will happen, it will be done for them. 24Therefore I tell you, whatever you ask for in prayer, believe that you have received it, and it will be yours. 25And when you stand praying, if you hold anything against anyone, forgive them, so that your FATHER in Heaven May Forgive you your sins.” [26]

The Authority of JESUS Questioned

27They arrived again in Jerusalem, and while JESUS Was Walking in The Temple courts, the chief priests, the teachers of the Law and the elders came to HIM. 28“By what authority are you doing these things?” they asked.

“And WHO Gave YOU Authority To Do This?” 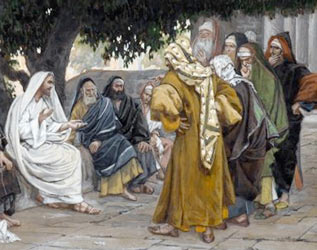 
“I Will Ask you one question. Answer ME, and I Will Tell you by What Authority I AM Doing these things.


30John’s baptism—was it from heaven, or of human origin? Tell ME!” 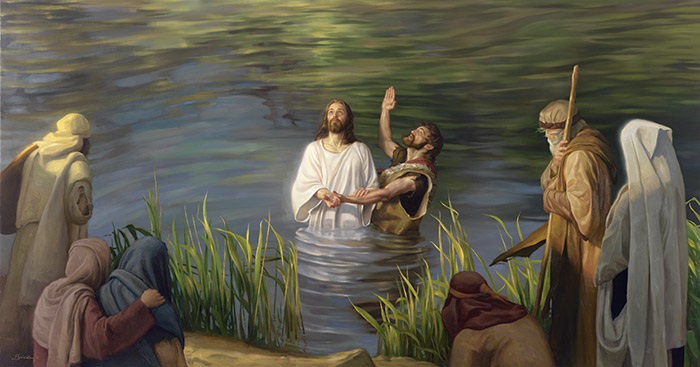 31They discussed it among themselves and said, “If we say, ‘From Heaven,’ HE Will Ask, ‘Then why didn’t you believe him?’ 32But if we say, ‘Of human origin’ . . . ” (They feared the people, for everyone held that John really was a prophet.)


“Neither Will I Tell you By What Authority I

AM Doing these things.”

The LORD Needs It

I am introducing an inspirational sermon for you to read and decide to let The LORD JESUS Use what you have for HIS Work and Glory.


I’ll do the same thing.

Who if they came out of their house one morning to find that a stranger was getting into their car and about to drive away would ask the obvious question, ‘Why are you taking my car?’
And who would accept the answer, ‘The LORD Needs It.”
My reply to that statement probably wouldn’t be very charitable – and indeed, what the owner of the donkey says isn’t repeated in Luke’s Gospel. But the next verse begins, ‘They brought it to JESUS, so there is the implication that the owner gave up the donkey willingly for The LORD'S Work.
So why did he do it? Why did this man accept the – let’s face it – somewhat dubious statement of ‘The LORD Needs It’ as an explanation for someone leading away a valuable animal?
Some theologians believe that the owner’s reaction shows a pre-arranged agreement between JESUS and the man who had what HE Needed. In this case, the phrase ‘The LORD Needs It’ becomes a sort of password to let the owner know that the right people had come to take the donkey.
Others believe that it is indicative of JESUS’ Authority – HE Asked, and it was given to HIM. The original Greek seems to support this – the Greek word for LORD used here could mean both a man in authority and The LORD GOD – so even though the disciples were ambiguous about who needed it, it was given to them.
Interestingly, in Greek, the phrase translated as ‘The Lord Needs It’ literally means ‘The LORD of it Has Need’ – meaning ‘The LORD'S donkey is needed’. JESUS Was Telling the donkey’s owner that all things belong to HIM, and that HE Had Need of this particular possession at this time.
The fact that it was unridden meant that it was pure and it was suitable for a sacred purpose. Tradition held that if a king rode into a city on a horse, his purpose was war, but riding into city on a donkey was a symbol of peace.
Even taking all this into account, I believe that there are two ingredients needed in the bargain between JESUS and the donkey’s owner in order for it to work, the same ingredients that give this phrase a resonance for us today.


The first is faith.


On a basic level, the owner of the donkey had faith that his animal would be returned, or at least that it would come to no harm in the care of these strange men. He didn’t run out and yell at the disciples, call them names or threaten them with magistrates’ court. He accepted their explanation and let them take the animal, so that the prophecy of the king riding into Jerusalem on an animal of peace could be fulfilled.


The second element is choice.


The owner of the donkey made the choice to believe that The LORD really Did Need his possession, and that it would be of more use to HIM than being put to whatever use the man had planned for it that day.
What link does this small act of agreement have to our lives today? Well, how many times have we wanted to do something, been asked to do something, and not had the courage or faith that it would work out?

So what actions are being asked of us from this simple phrase, ‘The LORD Needs It’? On a basic level, The LORD Has Need of HIS church, of places to meet together to worship Him and do HIS work, so, in a plug for the conservation fund, HE Needs you to help in the work of restoring this church, and conserving it and its use for future generations. We do need money, but we also need your time and energy to run activities, cake stalls, fun days, raffles and whatever else you can think of to help in raising the money that is still needed.
We also need prayer to support and uphold those in charge of the conservation work, and those who choose to give of their time and talents.
What else in our lives Does The LORD Have Need Of?
Think of all the people who make up the physical body of the church, who meet in the buildings we have provided for worship. Without the efforts, the faith, the prayer of these people, GOD’S KINGDOM wouldn’t exist on earth at all.

But it’s not just people who do the big things – GOD Asks you to commit to whatever you can help with in the church, to use the gifts that have been given to you. The people who arrange the flowers, who look after children in the crèche, who buy the cakes made by the Sunday Club, all contribute to the life of the church, and to GOD’S KINGDOM.
But what about outside of these walls? What gifts do you have that The LORD Needs which you could be using in your home, or at school, or at work? GOD Needs our commitment to others for HIS church to be active on earth.
Do you have a few hours a week to volunteer to help read with children at your local school or library? What about the person down the street who doesn’t get out much because it’s difficult to move about – can you give half an hour of your time to have a cup of tea and a chat?
We also know from organizations such as Comic Relief and Christian Aid and the Mother’s Union that there is so much need and pain in the world that we can help alleviate through supporting these organizations – what about dressing up in funny clothes for a day to raise money to buy mosquito nets that prevent children from dying of malaria?
I know I’ve just inundated you with possibilities for giving of your time and talents – and I know that it’s easy to feel guilty that we’re not doing more for others. To some extent, that’s healthy – we should be examining our commitments to others and how they fit with what GOD Wants for our world. But what GOD Wants most – What HE Has Need Of – is our commitment to do something. HE Doesn’t Ask that we do everything, but Asks that we have faith, and that we make the choice to follow HIS Sacrificial Example of giving up things that are precious to us – time, money, even possessions – in order that HIS Work Can Be Done in HIS Church, in HIS Name.