JESUS and the Miraculous Catch of Fish

1Afterward JESUS Appeared Again to HIS disciples, by the Sea of Galilee.a It happened this way: 2Simon Peter, Thomas (also known as Didymusb ), Nathanael from Cana in Galilee, the sons of Zebedee, and two other disciples were together.


Simon Peter told them, and they said,

So they went out and got into the boat, but that night they caught nothing.

4Early in the morning, JESUS Stood on the shore, but the disciples did not realize that It Was JESUS.

5HE Called Out to them,


“Throw your net on the right side of the

boat and you will find some.”

When they did, they were unable to haul the net in because of the large number of fish.

7Then the disciple whom JESUS Loved said to Peter,

As soon as Simon Peter heard him say, “It Is The LORD,” he wrapped his outer garment around him (for he had taken it off) and jumped into the water. 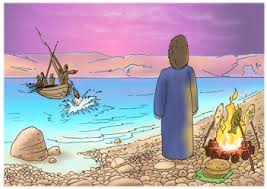 8The other disciples followed in the boat, towing the net full of fish, for they were not far from shore, about a hundred yards.c 9When they landed, they saw a fire of burning coals there with fish on it, and some bread.

10JESUS Said to them,


“Bring some of the fish you have just

11So Simon Peter climbed back into the boat and dragged the net ashore. It was full of large fish, 153, but even with so many the net was not torn. 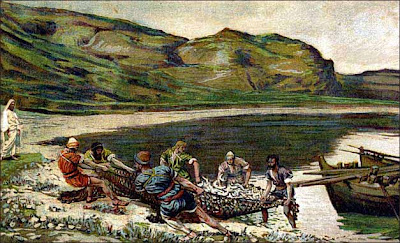 12JESUS said to them,

“Come and have breakfast.”

None of the disciples dared ask HIM, “WHO Are YOU?” They knew It Was The LORD. 13JESUS Came, Took the bread and Gave it to them, and did the same with the fish.14This was now the third time JESUS Appeared to HIS disciples after HE Was Raised from the dead.

15When they had finished eating, JESUS Said to Simon Peter,


“Simon son of John, Do you love ME

“You Know that I love YOU.”

He answered, “Yes, LORD, YOU Know that I love YOU.”

17The third time HE Said to him,

Peter was hurt because JESUS Asked him the third time,


“LORD, YOU Know all things; YOU Know that I love 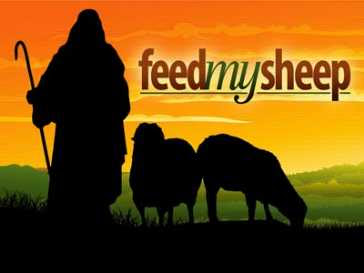 18Very truly I Tell you, when you were younger you dressed yourself and went where you wanted; but when you are old you will stretch out your hands, and someone else will dress you and lead you where you do not want to go.”


19JESUS Said this to indicate the kind of death by which Peter would glorify GOD.

Then HE Said to him, 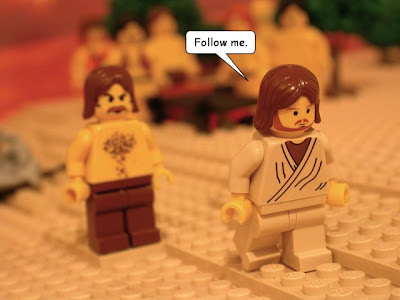 20Peter turned and saw that the disciple whom JESUS Loved was following them. (This was the one who had leaned back against JESUS at the supper and had said, “LORD, who is going to betray YOU?”)

21When Peter saw him, he asked,


“If I Want him to remain alive until I

Return, what is that to you? You must

23Because of this, the rumor spread among the believers that this disciple would not die. But JESUS did not say that he would not die;


“If I Want him to remain alive until I return, what is that

24This is the disciple who testifies to these things and who wrote them down. We know that his testimony is true.

25JESUS Did many other things as well. If every one of

them were written down, I suppose that even the

whole world would not have room for the books that 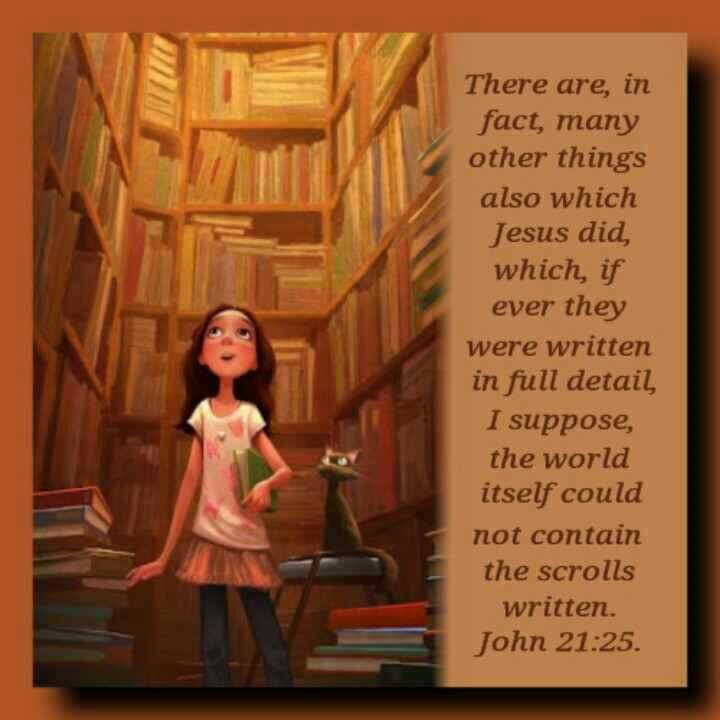