The Angel and the Little Scroll


1Then I saw another mighty angel coming down from heaven. He was robed in a cloud, with a rainbow above his head; his face was like the sun, and his legs were like fiery pillars. 2He was holding a little scroll, which lay open in his hand. He planted his right foot on the sea and his left foot on the land, 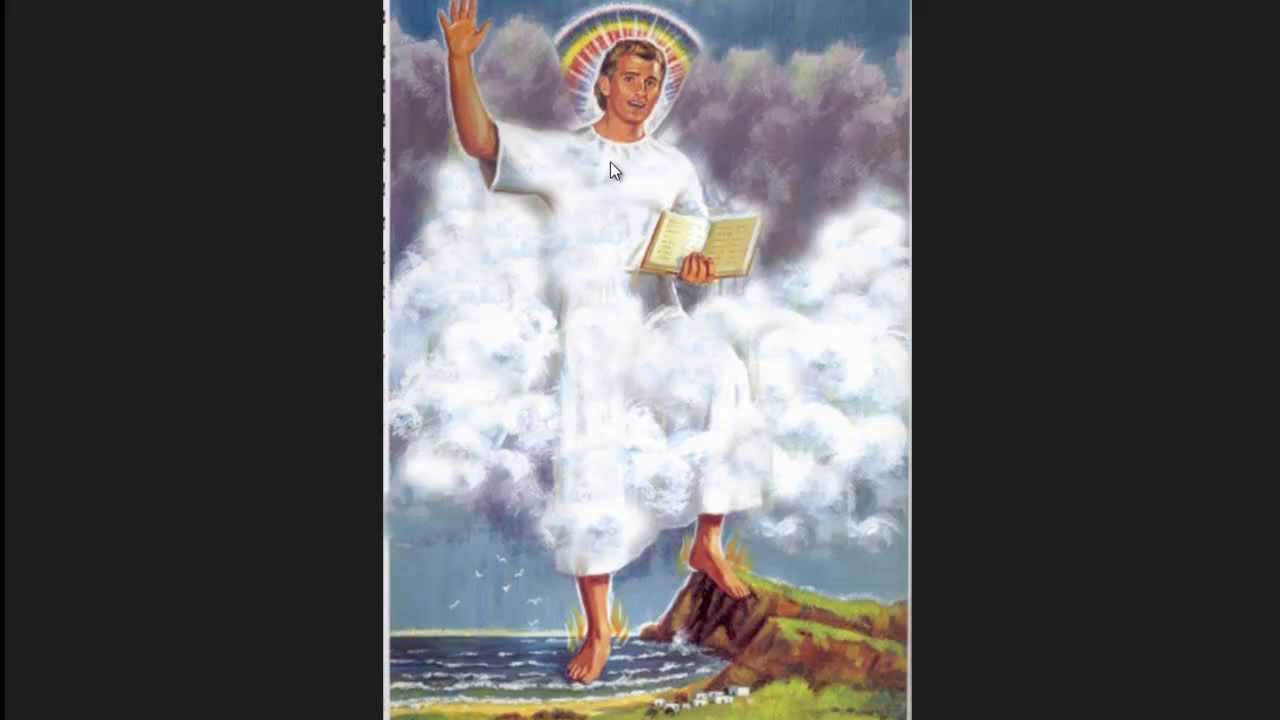 3and he gave a loud shout like the roar of a lion.

When he shouted, the voices of the seven thunders


4 And when the seven thunders spoke, I was about to

write; but I heard a voice from heaven say,

“Seal up what the seven thunders have said and do

not write it down.”

5Then the angel I had seen standing on the sea and on the land raised his right hand to heaven.

6And he swore By HIM WHO Lives for ever and

ever, WHO Created the heavens and all that is in them,

“There will be no more delay!

sound his trumpet, The Mystery of GOD Will Be

Accomplished, just as HE Announced to HIS servants

8Then the Voice that I had heard from heaven spoke to


“Go, take the scroll that lies open in the hand of the

angel who is standing on the sea and on the land.” 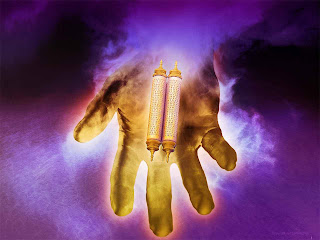 9So I went to the angel and asked him to give me the little scroll.

He said to me,

“Take it and eat it. It will turn your stomach sour,

10I took the little scroll from the angel’s hand and ate it. It tasted as sweet as honey in my mouth, but when I had eaten it, my stomach turned sour.

“You must prophesy again about many peoples,