1Then The LORD Said To Moses,

“Now you will see What I WILL DO To Pharaoh:

Because of MY Mighty Hand he will let them go;

because of MY Mighty Hand he will drive them out of

3I Appeared To Abraham, To Isaac and To Jacob As GOD ALMIGHTY, But By MY Name The LORD I Did Not Make MYSELF Fully Known To them.

4I Also Established MY Covenant with them to give them the land of Canaan, where they resided as foreigners. 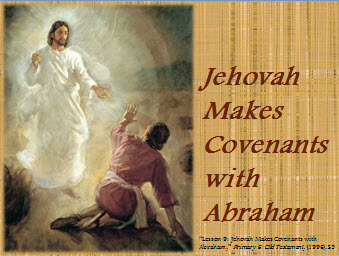 5Moreover, I Have Heard the groaning of the Israelites,

whom the Egyptians are enslaving, and I Have

6“Therefore, say to the Israelites:

I WILL Bring you Out from under the yoke of the

Egyptians. I WILL Free you from being slaves to them,

and I WILL Redeem you With an Outstretched Arm

and with Mighty Acts of Judgment.

7I WILL Take you as MY OWN people, and I WILL Be your GOD. Then you will know that I AM The LORD your GOD, WHO Brought you Out from under the yoke of the Egyptians.

8And I WILL Bring you to the land I Swore With Uplifted Hand To Give to Abraham, to Isaac and to Jacob. I WILL Give it to you as a possession. I AM The LORD.’ ”

9Moses reported this to the Israelites, but they did not listen to him because of their discouragement and harsh labor.

10Then The LORD Said To Moses,


11 “Go, tell Pharaoh king of Egypt to let the Israelites

go out of his country.” 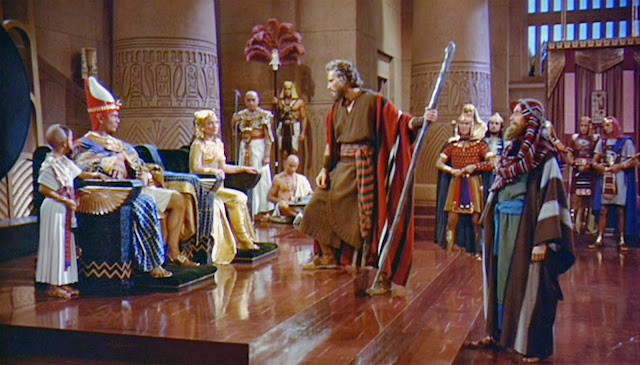 12But Moses said To The LORD,


“If the Israelites will not listen to me, why would

Pharaoh listen to me, since I speak with faltering


Family Record of Moses and Aaron

14These were the heads of their families:

The sons of Reuben the firstborn son of Israel were Hanok and Pallu, Hezron and Karmi. These were the clans of Reuben.

15The sons of Simeon were Jemuel, Jamin, Ohad, Jakin, Zohar and Shaul the son of a Canaanite woman. These were the clans of Simeon.

16These were the names of the sons of Levi according to their records: Gershon, Kohath and Merari. Levi lived 137 years.

17The sons of Gershon, by clans, were Libni and Shimei.

18The sons of Kohath were Amram, Izhar, Hebron and Uzziel. Kohath lived 133 years.

19The sons of Merari were Mahli and Mushi.

These were the clans of Levi according to their records.

21The sons of Izhar were Korah, Nepheg and Zikri.

23Aaron married Elisheba, daughter of Amminadab and sister of Nahshon, and she bore him Nadab and Abihu, Eleazar and Ithamar.

24The sons of Korah were Assir, Elkanah and Abiasaph. These were the Korahite clans.

25Eleazar son of Aaron married one of the daughters of Putiel, and she bore him Phinehas.

These were the heads of the Levite families, clan by clan.

26It was this Aaron and Moses to whom


“Bring the Israelites out of Egypt by their divisions.”


27They were the ones who spoke to Pharaoh king of Egypt about bringing the Israelites out of Egypt—this same Moses and Aaron.


Aaron to Speak for Moses

28Now When The LORD Spoke to Moses in Egypt,


Tell Pharaoh king of Egypt Everything I Tell you.”


30But Moses said To The LORD,

“Since I speak with faltering lips, why would Pharaoh listen to me?”