The Death of Moses 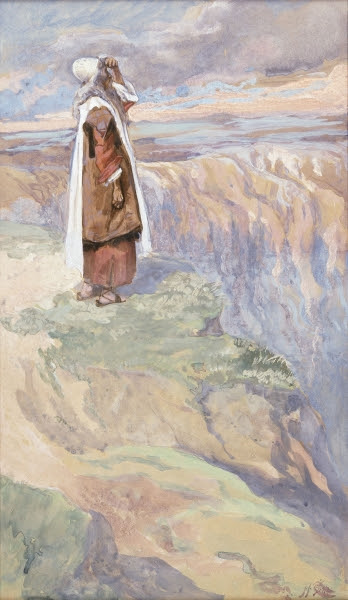 1Then Moses climbed Mount Nebo from the plains of Moab to the top of Pisgah, across from Jericho. There The LORD Showed him the whole land—from Gilead to Dan, 2all of Naphtali, the territory of Ephraim and Manasseh, all the land of Judah as far as the Mediterranean Sea, 3the Negev and the whole region from the Valley of Jericho, the City of Palms, as far as Zoar.

4 Then The LORD Said To him,

“This is the land I Promised On Oath To Abraham,

Isaac and Jacob When I Said, ‘I Will Give it to your

descendants.’ I Have Let you see it with your eyes, but

you will not cross over into it.”

5And Moses the servant of The LORD died there in Moab, As The LORD Had Said.

6 HE Buried him in Moab, in the valley opposite Beth Peor, but to this day no one knows where his grave is. 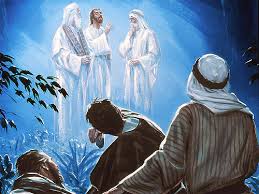 (Moses and Elijah appear to Jesus on the Mount of Transfiguration)

7Moses was a hundred and twenty years old when he died, yet his eyes were not weak nor his strength gone. 8The Israelites grieved for Moses in the plains of Moab thirty days, until the time of weeping and mourning was over.

because Moses had laid his hands on him. So the Israelites listened to him and did what The LORD Had Commanded Moses.