1After the time of Abimelek, a man of Issachar named Tola son of Puah, the son of Dodo, rose to save Israel. He lived in Shamir, in the hill country of Ephraim. 2He leda Israel twenty-three years; then he died, and was buried in Shamir.


3He was followed by Jair of Gilead, who led Israel twenty-two years. 4He had thirty sons, who rode thirty donkeys. They controlled thirty towns in Gilead, which to this day are called Havvoth Jair.b 5When Jair died, he was buried in Kamon. 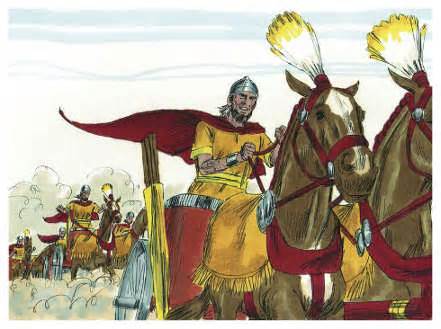 
10Then the Israelites cried out To The LORD,

“We have sinned Against YOU, forsaking our GOD and serving the Baals.”

“When the Egyptians, the Amorites, the Ammonites, the Philistines, 12the Sidonians, the Amalekites and the Maonites oppressed you and you cried To ME for help, Did I Not Save you from their hands? 13But you have forsaken ME and served other gods, So I Will No Longer Save you. 14Go and cry out to the gods you have chosen. Let them save you when you are in trouble!”

15But the Israelites Said To The LORD,

“We have sinned. Do with us whatever YOU Think Best, but please Rescue us now.”

16Then they got rid of the foreign gods among them and served The LORD.

And HE Could Bear Israel’s misery no longer.


17When the Ammonites were called to arms and camped in Gilead, the Israelites assembled and camped at Mizpah. 18The leaders of the people of Gilead said to each other, “Whoever will take the lead in attacking the Ammonites will be head over all who live in Gilead.”

The children of Israel cried To JEHOVAH, saying, We have sinned against YOU - The first step of repentance is confession of sin, and the best proof of its sincerity is given by the transgressor, when he mourns not only over the painful consequences which have resulted from his offenses to himself, but over the heinous evil committed against The Holy GOD.

And JEHOVAH Was Grieved for the misery of Israel - On their abandonment of idolatry and return to purity of worship, GOD Graciously Abridged the term of national affliction and restored times of peace.