A Levite and His Concubine

1 In those days Israel had no king.

Now a Levite who lived in a remote area in the hill country of Ephraim took a concubine from Bethlehem in Judah. 2But she was unfaithful to him. She left him and went back to her parents’ home in Bethlehem, Judah. After she had been there four months, 3her husband went to her to persuade her to return. He had with him his servant and two donkeys. She took him into her parents’ home, and when her father saw him, he gladly welcomed him. 4His father-in-law, the woman’s father, prevailed on him to stay; so he remained with him three days, eating and drinking, and sleeping there.

9Then when the man, with his concubine and his servant, got up to leave, his father-in-law, the woman’s father, said, “Now look, it’s almost evening. Spend the night here; the day is nearly over. Stay and enjoy yourself. Early tomorrow morning you can get up and be on your way home.” 10But, unwilling to stay another night, the man left and went toward Jebus (that is, Jerusalem), with his two saddled donkeys and his concubine.

11When they were near Jebus and the day was almost gone, the servant said to his master, “Come, let’s stop at this city of the Jebusites and spend the night.”

12His master replied, “No. We won’t go into any city whose people are not Israelites. We will go on to Gibeah.” 13He added, “Come, let’s try to reach Gibeah or Ramah and spend the night in one of those places.”14So they went on, and the sun set as they neared Gibeah in Benjamin. 15There they stopped to spend the night. They went and sat in the city square, but no one took them in for the night.

16That evening an old man from the hill country of Ephraim, who was living in Gibeah (the inhabitants of the place were Benjamites), came in from his work in the fields. 17When he looked and saw the traveler in the city square, the old man asked, “Where are you going? Where did you come from?”

18He answered, “We are on our way from Bethlehem in Judah to a remote area in the hill country of Ephraim where I live. I have been to Bethlehem in Judah and now I am going to the House of The LORD.a No one has taken me in for the night. 19We have both straw and fodder for our donkeys and bread and wine for ourselves your servants—me, the woman and the young man with us. We don’t need anything.”

20“You are welcome at my house,” the old man said. “Let me supply whatever you need. Only don’t spend the night in the square.” 21So he took him into his house and fed his donkeys. After they had washed their feet, they had something to eat and drink.

22While they were enjoying themselves, some of the wicked men of the city surrounded the house. Pounding on the door, they shouted to the old man who owned the house,


“Bring out the man who came to your house so we can have sex with him.”

23The owner of the house went outside and said to them, “No, my friends, don’t be so vile. Since this man is my guest, don’t do this outrageous thing. 24Look, here is my virgin daughter, and his concubine. I will bring them out to you now, and you can use them and do to them whatever you wish. But as for this man, don’t do such an outrageous thing.”

25But the men would not listen to him. So the man took his concubine and sent her outside to them, and they raped her and abused her throughout the night, and at dawn they let her go. 26At daybreak the woman went back to the house where her master was staying, fell down at the door and lay there until daylight. 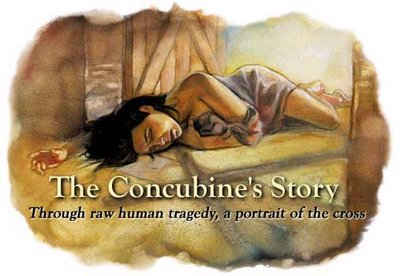 27When her master got up in the morning and opened the door of the house and stepped out to continue on his way, there lay his concubine, fallen in the doorway of the house, with her hands on the threshold. 28He said to her, “Get up; let’s go.” But there was no answer. Then the man put her on his donkey and set out for home.

29 When he reached home, he took a knife and cut up his concubine, limb by limb, into twelve parts and sent them into all the areas of Israel. 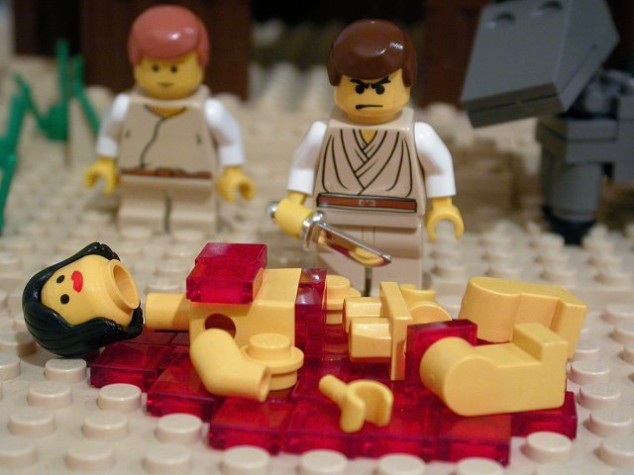 30Everyone who saw it was saying to one another, “Such a thing has never been seen or done, not since the day the Israelites came up out of Egypt. Just imagine! We must do something! So speak up!”

In those days Israel had no king


The same is observed in Judges 17:6  and refers to the same times, the times before the judges, between them and the death of Joshua, during which time there was no supreme ruler in Israel, which is meant; and this is observed, as before, to account for wickedness being committed with impunity, such as adultery, sodomy, murder, etc.

The men of the city, certain sons of Belial; very wicked, lawless, ungovernable, worthless, and unprofitable creatures, men under the influence of satan, and their own lusts.  They beset the house round about so that none might escape out of it, especially the Levite, his wife and servant and beat at the door to get entrance and spoke to the old man who came to the door to inquire what was the meaning of all this.

And they replied, saying,


“bring forth the man that came into your house that we may know him.”

To commit that sin with him which is commonly called sodomy; and the men of Sodom expressed their lust by the same word in;

They called to Lot,


"Where are the men who came to you tonight? Bring them out to us so that we can know (have sex with) them.


This was the sin of Sodom, and is thence called Sodomy. The Dead Sea, which was the standing monument of GOD’S vengeance upon Sodom, for its filthiness, was one of the boundaries of Canaan, and lay not many miles off from Gibeah. We may suppose the men of Gibeah had seen it many a time, and yet would not take warning by it, but did worse than Sodom (Ezekiel 16:48), and sinned just after the similitude of their transgression.

Who would have expected such extreme abomination to come out of the loins of Jacob? Even the worst pagans were saints to them. What did it avail them that they had the Ark of GOD in Shiloh when they had Sodom in their streets. GOD’S Law in their fringes but the devil in their hearts? Nothing but hell itself can yield a worse creature than a depraved Israelite.

This might be the GOD’S Punishment of their idolatry, that sin to which they were, above all others, most addicted. Because they did not like to retain GOD in their knowledge, therefore HE Gave them up to these vile lusts, by which they dishonored themselves as they had by their idolatry dishonored him and turned His Glory into shame, Romans 1:24, 28.

See and admire, in this instance, the Patience of GOD. Why were not these sons of Belial struck blind and dead as the Sodomites were? Why were not fire and brimstone rained down from heaven upon their city? It was because GOD Would Leave it to Israel to punish them by the sword, and would reserve HIS OWN Punishment of them for the future state, in which those that go after strange flesh shall suffer the vengeance of eternal fire in;

In a similar way, Sodom and Gomorrah and the surrounding towns gave themselves up to sexual immorality and perversion. They serve as an example of those who suffer the punishment of eternal fire.