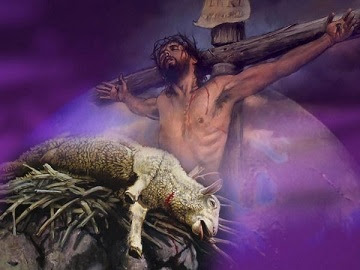 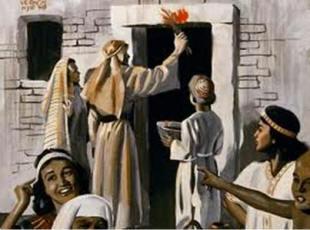 6At the king’s command, couriers went throughout Israel and Judah with letters from the king and from his officials, which read: 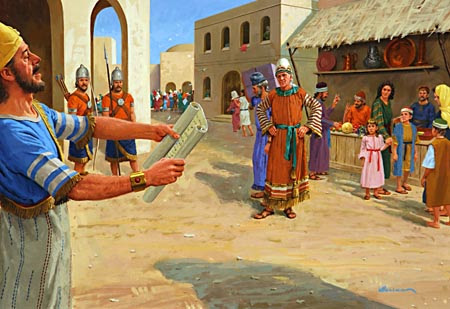 “People of Israel, return To The LORD, The GOD of Abraham, Isaac and Israel, that HE May Return To you who are left, who have escaped from the hand of the kings of Assyria. 7Do not be like your parents and your fellow Israelites, who were unfaithful To The LORD, The GOD of their ancestors, so that He made them an object of horror, as you see. 8Do not be stiff-necked, as your ancestors were; submit To The LORD. Come to His Sanctuary, which HE Has Consecrated forever. Serve The LORD your GOD, so that His Fierce Anger Will Turn Away From you. 9If you return To The LORD, then your fellow Israelites and your children will be shown compassion by their captors and will return to this land, For The LORD your GOD Is Gracious and Compassionate. HE Will Not Turn HIS Face From you if you return to HIM.”

10The couriers went from town to town in Ephraim and Manasseh, as far as Zebulun, but people scorned and ridiculed them.

11Nevertheless, some from Asher, Manasseh and Zebulun humbled themselves and went to Jerusalem. 12Also in Judah The Hand of GOD Was On the people to give them unity of mind to carry out what the king and his officials had ordered, following The WORD of The LORD. 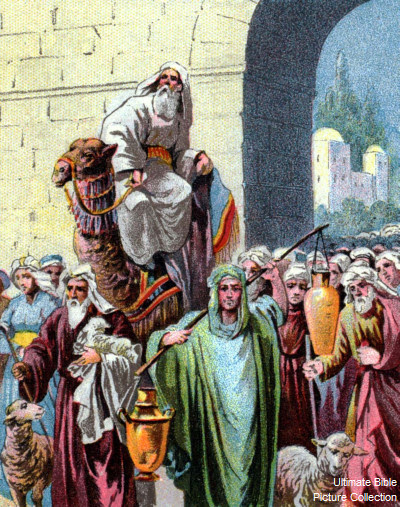 13A very large crowd of people assembled in Jerusalem to celebrate the Festival of Unleavened Bread in the second month. 14They removed the altars in Jerusalem and cleared away the incense altars and threw them into the Kidron Valley.

15They slaughtered the Passover lamb on the fourteenth day of the second month. The priests and the Levites were ashamed and consecrated themselves and brought burnt offerings to the Temple of The LORD.16Then they took up their regular positions as prescribed in the Law of Moses the man of GOD. The priests splashed against the altar the blood handed to them by the Levites. 17Since many in the crowd had not consecrated themselves, the Levites had to kill the Passover lambs for all those who were not ceremonially clean and could not consecrate their lambsa to The Lord. 18Although most of the many people who came from Ephraim, Manasseh, Issachar and Zebulun had not purified themselves, yet they ate the Passover, contrary to what was written. But Hezekiah prayed for them, saying, “May The LORD, WHO Is Good, Pardon everyone 19WHO sets their heart on seeking GOD—The LORD, The GOD of their ancestors—even if they are not clean according to the rules of the Sanctuary.” 20And The LORD Heard Hezekiah and Healed the people.

21The Israelites who were present in Jerusalem celebrated the Festival of Unleavened Bread for seven days with great rejoicing, while the Levites and priests praised The LORD every day with resounding instruments dedicated to The LORD.b

22Hezekiah spoke encouragingly to all the Levites, who showed good understanding of the service of The LORD. For the seven days they ate their assigned portion and offered fellowship offerings and praised The LORD, The GOD of their ancestors.

23The whole assembly then agreed to celebrate the festival seven more days; so for another seven days they celebrated joyfully. 24Hezekiah king of Judah provided a thousand bulls and seven thousand sheep and goats for the assembly, and the officials provided them with a thousand bulls and ten thousand sheep and goats. A great number of priests consecrated themselves. 25The entire assembly of Judah rejoiced, along with the priests and Levites and all who had assembled from Israel, including the foreigners who had come from Israel and also those who resided in Judah. 26There was great joy in Jerusalem, for since the days of Solomon son of David king of Israel there had been nothing like this in Jerusalem. 27The priests and the Levites stood to bless the people, and GOD Heard them, for their prayer reached heaven, HIS Holy Dwelling Place.


In this chapter we have an account of the solemn Passover, which Hezekiah kept in the first year of his reign.

I. The consultation about it, and the resolution he and his people came to for the observance of it (v. 2-5).

By this, the reformation, set on foot in the foregoing chapter, was greatly advanced and established.