Job 42 - Now My Eyes Have Seen YOU, JEHOVAH GOD In CHRIST JESUS

1Then Job replied to The LORD:


2“I know that YOU Can Do all things;
No Purpose of YOURS Can Be Thwarted.


‘Who is this that obscures MY Plans without

Surely I spoke of things I did not understand,
things too wonderful for me to know.

4“YOU Said, ‘Listen now, and I Will Speak;
I Will Question you,
and you shall answer ME.’

5My ears had heard of YOU

but now my eyes have seen YOU. 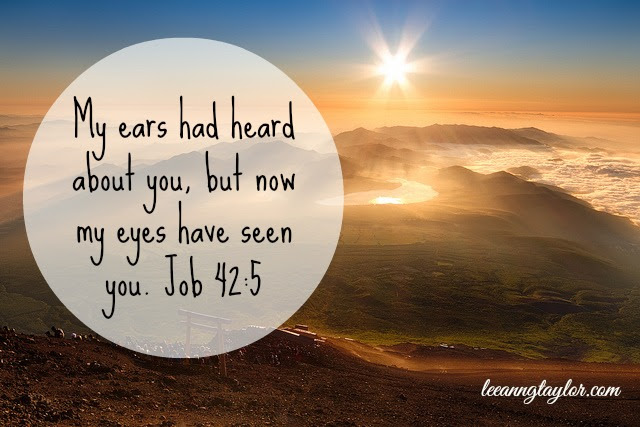 6Therefore I despise myself
and repent in dust and ashes.” 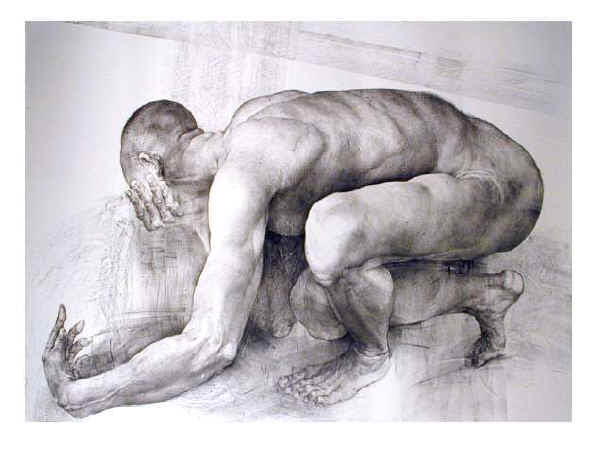 7After The LORD Had Said these things to Job, HE

Said to Eliphaz the Temanite,

“I AM Angry With you and your two friends, because

you have not spoken the Truth About ME, as MY

8So now take seven bulls and seven rams and go to MY servant Job and sacrifice a burnt offering for yourselves.

MY servant Job will prays for you, and I Will Accept his prayer and not deal with you according to your folly. You have not spoken the Truth About ME, as my servant Job has.”

9So Eliphaz the Temanite, Bildad the Shuhite and Zophar the Naamathite did What The LORD Told them; and The LORD Accepted Job’s prayer.

10After Job had prayed for his friends, The LORD Restored his fortunes and Gave him twice as much as he had before. 11All his brothers and sisters and everyone who had known him before came and ate with him in his house. They comforted and consoled him over all the trouble The LORD Had Brought on him, and each one gave him a piece of silvera and a gold ring.

12The LORD Blessed the latter part of Job’s life more than the former part. He had fourteen thousand sheep, six thousand camels, a thousand yoke of oxen and a thousand donkeys. 13And he also had seven sons and three daughters. 14The first daughter he named Jemimah, the second Keziah and the third Keren-Happuch. 15Nowhere in all the land were there found women as beautiful as Job’s daughters, and their father granted them an inheritance along with their brothers.

16After this, Job lived a hundred and forty years; he saw his children and their children to the fourth generation. 17And so Job died, an old man and full of years.


Solomon says, "Better is the end of a thing than the beginning thereof," Ecclesiastes 7:8. It was so here in the story of Job; at the evening-time it was light.

Job was now sensible of his guilt; he would no longer speak in his own excuse; he abhorred himself as a sinner in heart and life, especially for murmuring against GOD, and took shame to himself.

When the understanding is enlightened by The SPIRIT of Grace, our knowledge of Divine things as far exceeds what we had before, as the sight of the eyes excels report and common fame.

NOT By the teachings of men,

GOD Reveals HIS SON to us;

But by the Teachings of HIS SPIRIT HE Reveals HIS SON in us(Galatians 1:16,)

And Changes us into the same Image of CHRIST
(2 Corinthians 3:18).